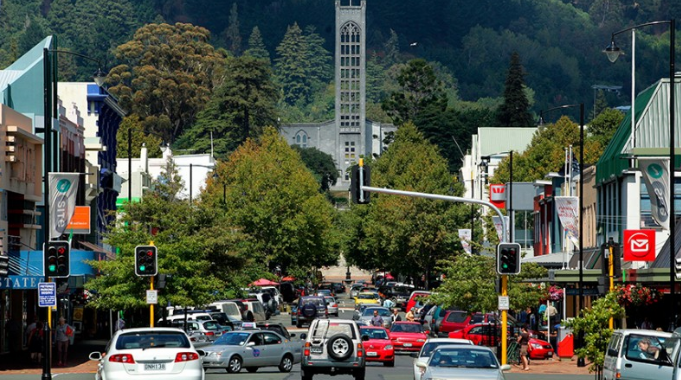 Several people are reportedly self-isolating after visiting Nelson at the weekend. Photo: Greymouth Star
Covid-19 is now on the doorstep of the West Coast, with more cases in nearby Nelson and reports of several Greymouth people self-isolating after visiting the sunny city at the weekend.
There were 10 new cases announced in Nelson yesterday and two schools were closed after staff members tested positive for the Delta strain of the virus.

A number of West Coast people visited 'locations of interest' where the infected cases have been.

The Greymouth Star understands that some of the Greymouth people involved have returned negative first Covid tests and are waiting to have their second tests.

At least one other case is isolating in Reefton.

Buller Mayor Jamie Cleine said there were lots of interactions between Buller and Nelson; he visited himself at the weekend, but not at any locations of interest.

"It just goes to show how easy (it can be to catch it) - you can be in a service station, exposed, and bring it back to town."

Nelson school Broadgreen Intermediate has told parents it has one case who has been infectious since Thursday last week. A number of close contacts have been told to get tested immediately and isolate at home.

The school is trying to work out which children may have been exposed.

The Ministry of Health said that case was not linked to existing cases in the area and the public health unit was investigating a possible source of infection.

Anyone with symptoms is being urged to get tested.

Dates are from Tuesday, November 23 and some locations have more than one exposure date.

Full details of times and dates are at: https://www.health.govt.nz

- By Laura Mills and Viv Logie