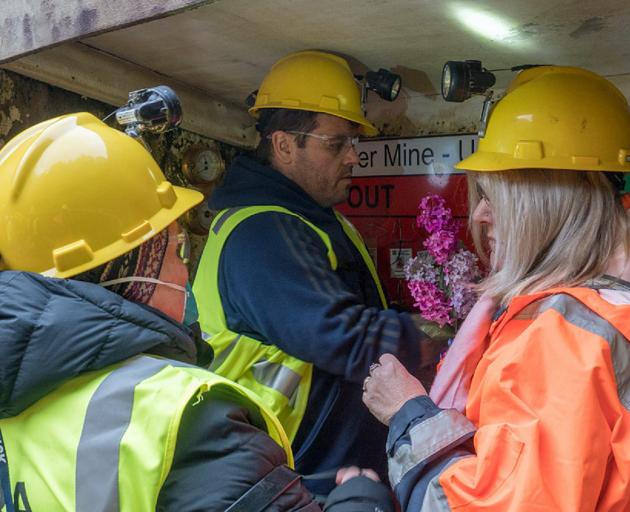 Daniel and Sonya Rockhouse at the Pike River Mine tag board. PHOTO: SUPPLIED
"We haven't forgotten. We're coming for you. We won't give up."

Those were the tearful words of one widow, nine years after losing her husband. 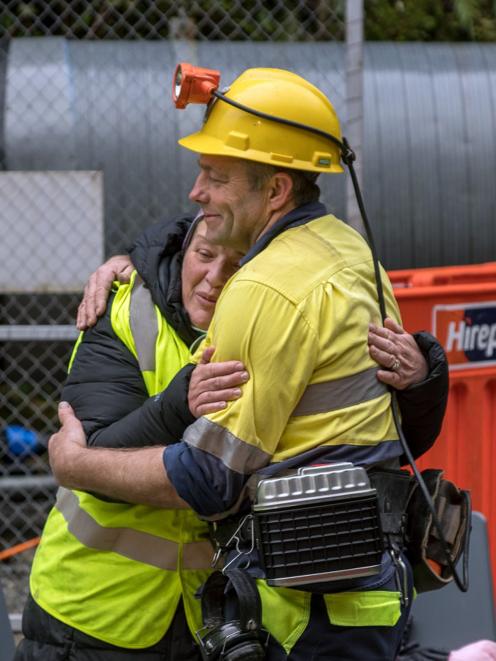 Twenty-six family members of those killed in the West Coast mine explosion ventured further than ever before into the drift.

Yesterday was the their chance to go in as far as the 170m barrier, before the remainder of the 2.3km tunnel is re-covered.

The Pike River tragedy claimed 29 lives in the blast in November 2010.

Daniel Rockhouse was one of just two miners in the group who survived.

He went in again yesterday with his mother, Sonya, to the barrier beyond which, somewhere in the mine, their brother and son, Ben lie.

Mrs Rockhouse said it was a huge thing for Daniel to go up the drift.

"He's a big part of this. He's the last one that's seen any of the guys alive.

"It's very difficult for him.

"He's got survivor's guilt and probably always will."

Daniel hugged his mother tight before entering on the drift-runner vehicle, and helped her take off her gumboots when they came out.

He would not talk after emerging from the mine, but Mrs Rockhouse relayed his words: "It [the drift] looks like it did the day he walked out."

She described how the families had always been told the drift was too dangerous to go in, yet it looked intact to her.

"For us to actually be able to go the distance in we did, it was just incredible."

Some family members carried rocks out of the mine, wanting to take something tangible home.
Anna Osbourne was one of them.

Her husband, Milton, was killed in the mine blast and she is a spokeswoman in the Family Reference Group.

With tears in her eyes, Mrs Osbourne described the emotion, the dark and the cold, water dripping from above as they journeyed inside.

"I was able to put my hands on the seal and talk to Milton and I almost felt him there.

"It's the closest I've been to Milton in more than nine years."

He said they were now awaiting approval from WorkSafe before continuing into the drift beyond the 170m seal.