The Moana boat ramp has been closed after reports of boaties out on Lake Brunner at the weekend, flouting the national lockdown.

Some bach owners from Christchurch had settled in at Moana for the lockdown.

The Greymouth Star understands some boaties who attempted to launch on Lake Brunner on Saturday were met by an angry group of people blocking their way.

Mr Canning said news of the first death from Covid-19 in Greymouth had underlined the need for people take stock of their responsibility to stay at home to stop the spread.

"This was pretty sombre news and I hope it has some sort of effect on the people who are still flouting."

The Moana incidents were among a few others reported about people apparently treating the lockdown as an outdoor opportunity -- "people treating it more like a holiday than a lockdown".

Such complaints should be reported to the police.

"We've got plenty to do without fielding those calls."

However, the Civil Defence headquarters had closed all local boat ramps "because it's not a holiday -- it's a lockdown".

It was fine for people to go for a walk and get some fresh air but "taking a journey in a car is not really getting fresh air". 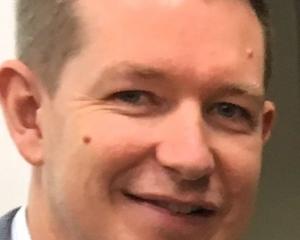 Surely the vigilantes congregating at the ramp are of bigger concern than (what i w ould assume is) a 'family bubble' going out on a boat.

I can understand not being allowed to travel out of your community to go fishing, but if it is ok to bike 76km around Auckland then why cant we undertake activities like this?

Lets also remember someone died while out walking recently, which is terrible, but a lot of boaties will have a second motor, oars, and lifejacts which manage any risk appropriately.

If it is to be lockdown, then make it a lockdown and keep the vigilantes inside along with the rest of us, which will stop all the rule breakers.