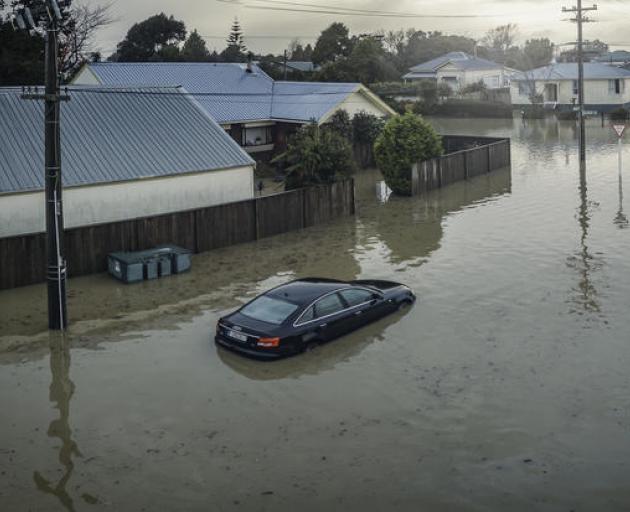 The demand for rental homes now outstrips the supply, and some families face waiting months for suitable accommodation.

About 450 private and rental homes were damaged in July's floods. Stock has also been reduced by out-of-town families buying into the community, and rentals sold as private homes.

Sandra Spark, of Kawateri Property Management, said her rentals were snapped up as soon as she advertised them.

Tenants tended to be locals, people who had moved to Westport to escape high housing costs, and short-term homeowners waiting for their houses to be repaired.

The shortage had driven up rents.

"I cannot see anything changing for a couple of years," Ms Spark said.

"But I hope it settles down soon because it puts a lot of stress on families — it can be heartbreaking."

Westport Property Brokers branch manager Charlie Elley said the flooding had barely impacted on property values, which had risen 30-35% over the past 18 months.

Salvageable flood damaged homes had been repaired, or demolished and replaced, which improved the overall value of the town's housing stock.

"Now we need a floodwall to cement the gains we have made."

But despite the demand, Mr Elley estimated Westport house prices were 30% lower than national levels, which drove strong buyer interest from the North Island, Canterbury and Nelson by those wanting to make the most of their capital gains.

"We are affordable, and will remain affordable — and people enjoy our lifestyle," Mr Elley said.

Ray White Nelson, West Coast principal, Mark Rumsey, said Westport's housing market remained buoyant. Vendors included distressed sellers, whose homes had been damaged by the floods. Some distressed sellers had an agreed insurance payment and sought to sell to move elsewhere or into a newer or safer local property, he said.

Their financial return was generally the market value of the property, less their insurance payout, which in many cases left land value only, Mr Rumsey said.

"We believe we will see a greater interest in these properties as more come to the market and sellers' expectations can probably expect to rise.

"But at this stage, interest at both the selling and buying level is limited to distressed situations only."

He said current Westport buyers tended to include people who believed they could secure a property at a lower than market, albeit distressed market, value.

"We believe that situation will change as the economies of scale start to change with respect to the availability of building materials and supply of labour."

Mr Rumsey said distressed properties were selling, interest in the region remained very high and buyers were not dissuaded because of the flooding event.

"In particular we see interest from out of region buyers looking to relocate to properties in the $600,000 to $1.2 million range."

Mr Rumsey also highlighted the strong support the West Coast had received, from inside and outside the region — including the Temporary Accommodation Service which had provided housing accommodation support.