Search for 80 rental cars abandoned on the West Coast 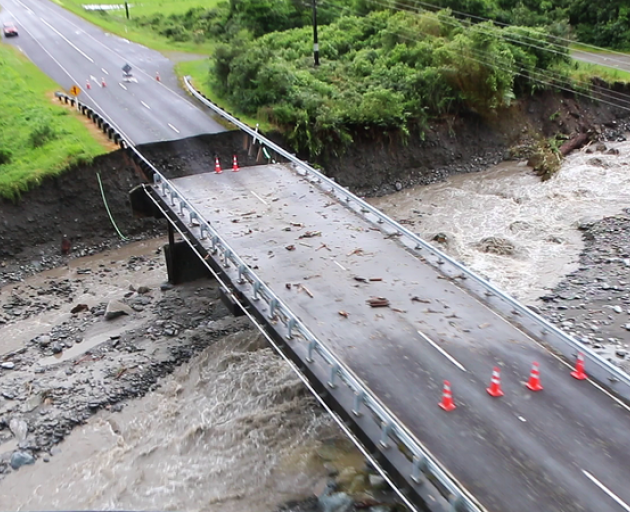 A washed out bridge near Mount Hercules on the West Coast during the weekend. Photo: RNZ / Conan Young

Civil Defence staff on the West Coast are searching for 80 rental cars that tourists abandoned this week.

About 1000 tourists were left stranded in Franz Josef after landslips blocked all routes in and out of the town over the weekend.

Those who could afford to do so helicoptered out of the township, leaving their rental cars behind.

West Coast Civil Defence manager Kim Hibbs said the cars were spread out across half a dozen locations.

Staff were assembling all the vehicles into one location so the rental car companies could eventually retrieve them, she said.

The emergency centre that was set up in Franz Josef had also been scaled down.

A recovery team will help local businesses affected by the slips.

Meanwhile, the mayor of the Grey District has said there was a misconception among tourists that the whole of the West Coast had been hit by the weekend's flooding, leading to people cancelling bookings.

Gibson said the main routes into the Grey District via Arthur's Pass, Lewis Pass and Buller Gorge were all still open.