Shock resignations from conservation board amid 'claims of racism' 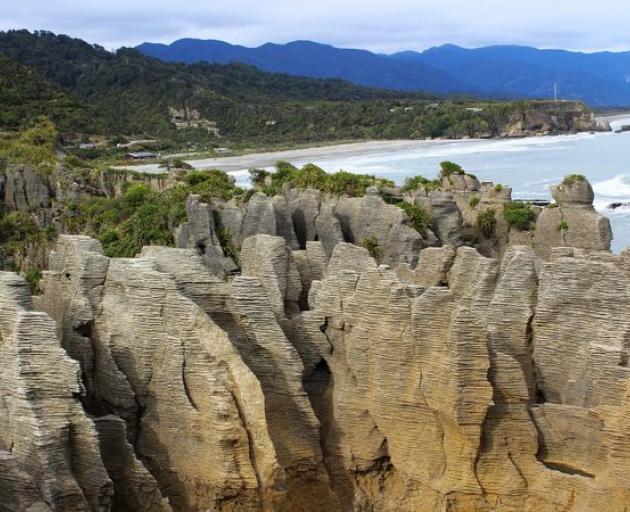 Board members Neil Silverwood, Inger Perkins and Suzanne Hills have all quit, following a fraught meeting of the board last Friday when Mr Silverwood stormed out, after a majority vote supporting plans for the $26 million Punakaiki visitor centre.

The building at Dolomite Point will be gifted to Poutini Ngai Tahu on completion and DOC will lease space in it for its visitor services.

But behind the scenes, Mr Silverwood, Ms Hills and Ms Perkins have been voicing concerns that the gift amounts to privatising what should be a public asset.

Mr Silverwood says the building's main attraction, the exhibition space, will charge for entry for information about Paparoa National Park which DOC is legally obliged to provide free of charge for everyone.

In their resignation letter to Conservation Minister Kiri Allan the three members say they have come under attack for raising the issue and are being prevented from carrying out their duties under the Conservation Act.

"We feel that board meetings and internal communications are no longer safe working environments. .. personal attacks, including claims of racism, have become normalised."

There had been a failure to meaningfully address conflicts of interest held by some board members, and the relationship between DOC and Poutini Ngai Tahi was increasingly economically focused, the letter said.

This was at odds with conservation legislation that had no economic mandate, they said.

"As the DOC/iwi treaty partnership strengthens and develops, it is increasingly difficult for the board to remain independent of this co-management system, particularly as some board members are also the treaty partner representatives of their runanga."

The trio said DOC's Western South Island director Mark Davies had failed to uphold the equal legitimacy of all board members.

"This has created ongoing difficult relationships between us and the director, which has restricted our ability to contribute to conservation outcomes for the region.

"We would like to suggest that the board is placed into statutory management while a review is undertaken by the Ombudsman or independent panel."

The aim should be to develop a board that has genuine Treaty partner relationships on a conservation pathway, the trio said.

"We believe the issues between Ngai Tahu and the West Coast Tai Poutini Conservation Board and the conflicts of interest that have gone unchecked at board meetings must be addressed."

Despite extensive efforts, the three members said they had been able to achieve little for conservation in their communities.

"The enthusiasm with which we accepted the public service appointments two years ago and the diligence and commitment that we have brought to the roles have been to no avail.

"As we become increasingly disenfranchised in advocating for conservation within a conservation board, it is tragically and abundantly clear that further efforts are futile and there is no other option open to us but to resign from our roles as board members."

Ngai Tahu members of the board have rejected Mr Silverwood's claims that they are conflicted, saying they will make no personal financial gain from the visitor centre.

"There would be no new visitor centre at Punakaiki without Ngati Waewae," she said.

"The project is being funded from the provincial growth fund, and one of the conditions of that fund is that the Crown cannot own the asset.

"Ngati Waewae pitched the project with support from DOC and the lease arrangement will be the same as in many other places where DOC rents space for its visitor services."

The new gallery would offer visitor experiences above and beyond what DOC currently offered at Punakaiki, Ms Edwards said.

Poutini Ngai Tahu today rejected claims of the departing board members, saying the Conservation Act is required to give effect to the principles of the Treaty of Waitangi, and the iwi are actively working with DOC in partnership at a mana ki te mana level.

"We understand that the change to implementing a partnership approach is challenging for some individuals, however this is specifically mandated by section 4 of the Conservation Act ...we look forward to working with new board members and implementing a treaty partnership in a modern context as soon as possible."

Responding, a spokesman for the minister said: "Conservation boards are independent, and it is for members of the board to comment on their internal matters. The minister has yet to respond to the resignation letter."

I rather fear the appointment of members of Otakou Runaka and Kati Huirapa ki Puketeraki to DCC's Planning and Infrastructure Committees will also lead to conflicts of interest. Ngai Tahu hold many commercial interests from fishing, tourism and farming. That business interests are now mandated voting rights on public bodies should be a concern for everybody who believes in the democratic process.

Why? It was never a problem when Maori had no power and middle aged pakeha businessmen, mostly with Natioanl Party affiliations, ran everything. All of a sudden conflict of interest and democracy matters?

Good point you make IRD. Yes, the system clearly was biased towards business interests due to the effect of business managing to place their own candidates in power. However, the essential difference is those candidates stood for election and were voted into power.

No point in them complaining to the government, they are the ones engineering this mess.

It is more than a bit sad and a little scary, that any critisism of anything to do with Maori is automatically declared racism.

Ngai Tahu is a multi million (billion) dollar commercial business. They should not be gifted this visitor center just because the governemt supposedly can't run it. This would equally apply if the recipient company was Real Journeys or any other large tourism business. That isn't racism, it is a complaint about government gifts to big business.

This is very close to government / corporate corruption. Where was the tender for businesses who wanted to receive the gift? No where, just another dodgy back room deal that no one is allowed to criticise.

Lois Williams, Local Democracy Reporter: This journalist seems to be a freelancer who provides articles to a wide range of news agencies on issues around the country. A quick scan of her recent submissions shows her tendency to favour stories which are associated with the increase in Maori involvement in local body issues. While she does make a show of covering both side of the argument she does tend to consistently present the facts in a way which suggests the Maori interests are acting in a "bullying" way, using the racist card against poor pakeha campaigners who are only trying to defend democracy.
I would put as much faith in anything she reported as i would in an ACT party political pamphlet.

Unless you present any FACTS that counter the statements made in the story, you are simply "shooting the messenger"! I know whom I would rather believe at this point, the reporter.

Given the description of events here, I wholeheartedly applaud the actions of these three. To donate $26 million of DOC public funds to Ngai Tahu who have more than enough to carry out such a project themselves smells of a corrupt system or corrupt practices, and they had every right not to support it without being vilified by their community. It definitely looks like a commissioner should be appointed to sort out this debacle.