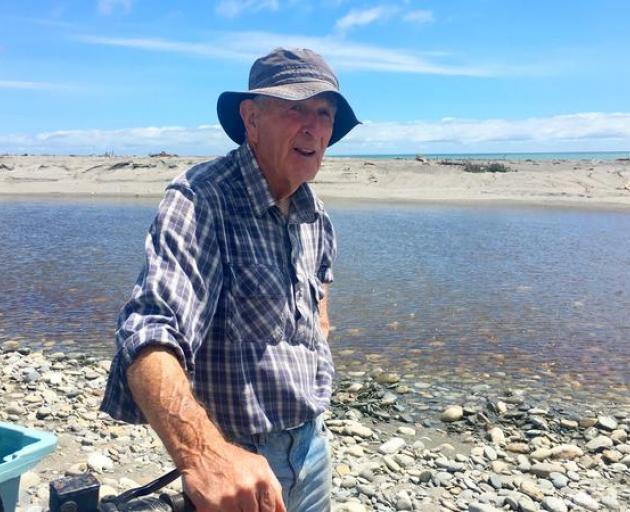 Des McEnaney has been whitebaiting since he was 11. Photo: RNZ
The National Party's claims a new bill would lead to whitebaiting being banned in New Zealand are "absolutely untrue", the Government says.

The bill would stop some whitebaiters from fishing in conservation areas, and the National Party claims it will ultimately result in the prohibition of whitebaiting in New Zealand.

"These changes that have been promoted now in the legislation coming out have created more confusion, so whitebaiters have been deeply worried as to what's going on, the messages coming out," he said.

"The last couple of years there has been a lot of rhetoric coming out of Wellington in relationship to the whitebaiting, the status of the whitebait stocks, and Forest & Bird have put on a fairly orchestrated programme that seems to paint the whitebaiters as vandals to the environment basically.

"What's concerning us is that the rhetoric around the fishing and the fishermen seems to take the highlight when all the parties engaged in this debate agree that the root causes of problems with the whitebait stock are the water quality, the fish passage and the state of breeding sites." 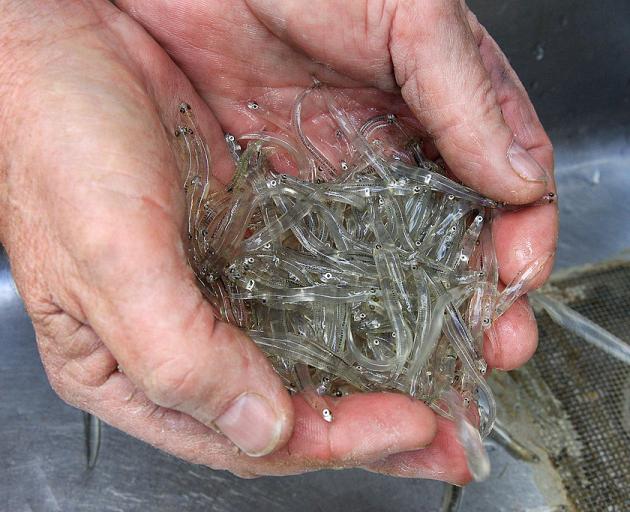 The bill would stop some whitebaiters from fishing in conservation areas. Photo: Getty Images
He said he did not think whitebaiting would be banned, "but there could be a lot of restrictions put in place," and there was not enough focus on the core problem.

"If you restrict the fishing or even ban it and you do not address the core issues of the water quality of the breeding sites and so on you've effectively gained nothing."

Mr McEnaney said stocks around the country were varied, and there was not a lot of knowledge or data about this.

"In this region we're in a better place than most," he said.

"There is huge holes in the research as to the actual condition of the whitebait stock overall and that's another issue that concerns the whitebaiters themselves, they want to see more research done so that any changes that are made are made from the position of having the data so that we know just what we're dealing with rather than coming out of rhetoric that has got no foundation in fact." 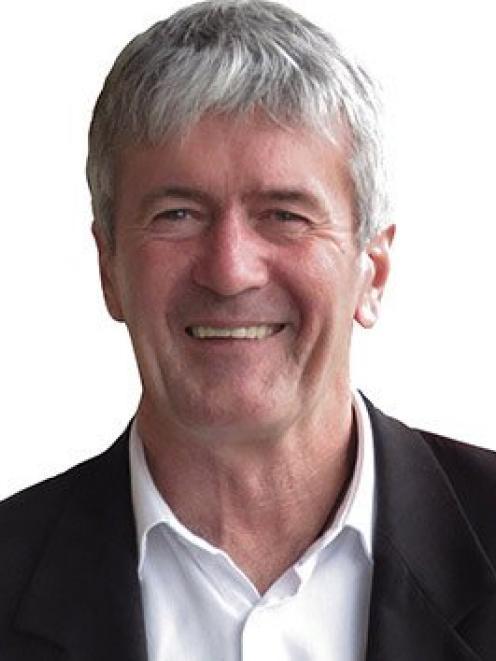 Labour's MP for the West Coast Damien O'Connor said Mr McEnaney made some good points, but the bill was about establishing some tools for better management of the fish stocks, not a ban.

"The bill in place does transfer to the Minister of Conservation [Eugenie Sage] the authority over fishing in conservation areas, she's assured me this is not about a ban, it is about tools for better management.

"These are not decisions about changing the fishery per se, it does put in place some tools that if the data says there's threats to fisheries ... different places need different management regimes, that is accepted."

He said the National Party's claims were "absolutely untrue".

"They have as always stirred up the West Coast, used the West Coast for cheap political purposes when they should be sitting down and working on this, they were in government for nine years, nothing was done, these are challenges that have been around since the '90s.

"Around the country there'll be different threats, and I think the fact that we have huge areas of conservation estate in south Westland has protected the fishery, it's probably not in the same stress level as other parts of the country."

However, he stopped short of saying whitebaiting would not be banned elsewhere in the country.

"I don't know enough about the facts of the fishery in other parts of the country to make that judgement.

"They're an indigenous species, unlike trout that are an exotic species. We do a lot to protect the trout and there's not much done to protect the whitebait and I think that's what the minister is trying to rebalance."

He said there had been talk about the need for data about whitebait fish stocks since 1994 which still was not there, and that was a challenge that needed to be faced.

I wish the Nats would stop their Steven Joyce style scaremongering lies. Its a successful tactic because the ignorant punters believe it on the basis "well we know its not going to happen - but it might". Lets invent a lie and there may be some truth in it you know. The All Blacks could lose this weekend you know, so on that basis, lets sack some players in advance just in case. For goodness sake. Yes whitebait is getting scarce. Yes it needs SOME protecting. But it won't be banned unless its for the common good. You'd do the same Nats.