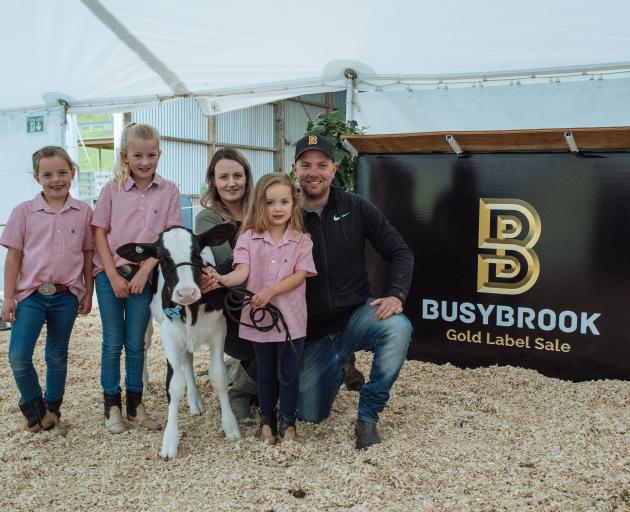 He believed the price paid for Busy Brook Doorman Hailstorm - the first lot offered - would be a New Zealand record for a dairy calf.

The calf's mother, RF Goldwyn Hailey EX97, was ``probably the best show cow in the world'' for some years and her wins included grand champion at the World Dairy Expo in both 2012 and 2014, Mr Reyland said.

Nathan and Amanda Bayne imported some embryos and Busy Brook Doorman Hailstorm was the only heifer from the flush.

There was plenty of interest in the calf prior to the sale and it was bought by the well-known Sherriff family of Sherraine Holsteins from Ohoka, Canterbury.

Mr Reyland praised the high standard of presentation and condition of the cattle offered. Guest auctioneer Brian Leslie came from Australia for the sale.

Mr Bayne said the couple were very pleased with how the sale went. While getting $35,000 for Hailstorm was a ``standout moment'', overall they were very happy with the presentation of all the cattle on offer, which was a real credit to the team working behind the scenes.

``It's a big effort to put on a sale like this but well worth it when you see such an enthusiastic gallery of buyers who had travelled from around New Zealand, and some from Australia, too,'' he said.