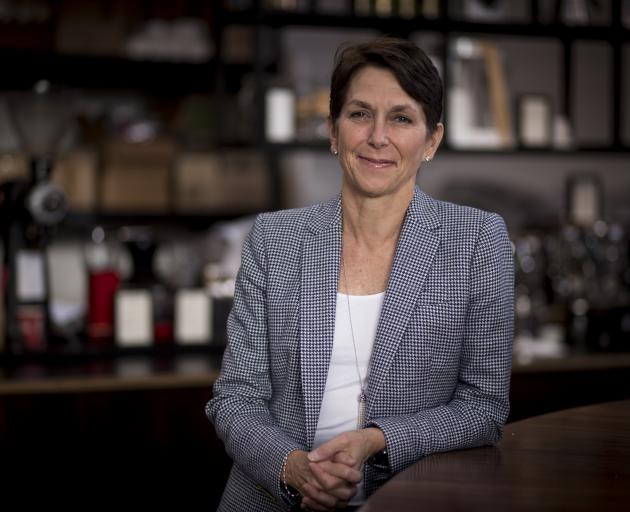 Jayne Hrdlicka said she had not anticipated the amount of travel involved when she took up the role AT A2. Photo: New Zealand Herald

More than a billion dollars has wiped off the value of New Zealand's biggest company this morning following the surprise resignation of A2 Milk's chief executive.

In a market announcement, Jayne Hrdlicka said she had not anticipated the amount of travel involved when she took up the role 18 months ago.

Jayne Hrdlicka would be replaced by the former chief executive Geoff Babidge, while the company began a global search for her replacement.

The company, which is dual listed in New Zealand and Australia, opened sharply lower at the open this morning, wiping more than a billion dollars off its market value.

The resignation follows the recent release of the company's growth strategy, which had been positively received by the market.

"The reality however is that the next 3-5 years will continue to require the CEO being present in our core markets of China and the US and that combined with running a New Zealand company based in Australia required more travel than I had anticipated when I joined the company," Hrdlicka said.

"The Board and I agreed that this next phase is going to be too difficult to manage alongside my other commitments whilst also managing the health and wellness priorities of my family and me."

She said she would work with Babidge and the board to ensure a smooth transition.