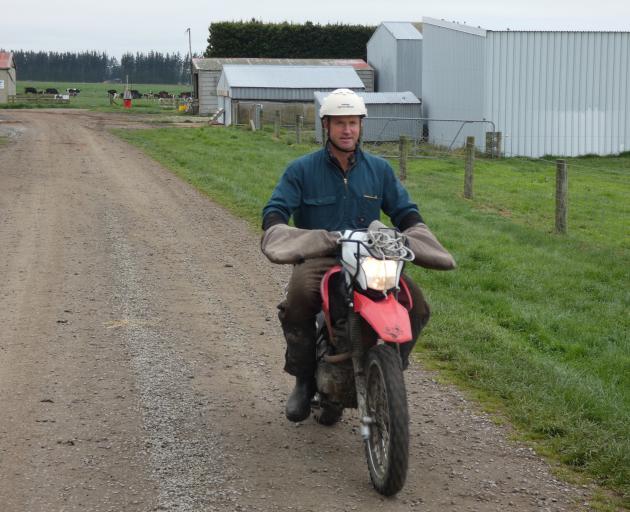 Federated Farmers Mid Canterbury dairy chairman Nick Giera says the labour shortage is a spoke in farming’s wheel. PHOTO: TIM CRONSHAW
A backlog of job vacancies remains to be filled on dairy farms after the Government opened up a residency pathway for workers.

The Government stepped in last month after farmers’ concerns intensified over staffing shortages and workers departing for countries with more lenient rules about becoming permanent residents.

The one-off resident visa is available to a range of applicants, including migrants already working on farms and orchards.

Some workers have had residency applications on hold since the country first went into Covid-19 lockdown last year.

He knew of South Island farmers who lost staff after they departed to countries with more certainty about residency rules, such as Australia and Canada.

‘‘We had a lot of good, experienced people leaving and part of the reason is they can’t get their families in the country for two to three years.’’

Mr Giera said it was a huge relief that workers on migrant visas could now work towards residency and eventually be joined by their families.

‘‘That’s good for them and good for the industry because we retain these experienced, skilled people. It’s expensive to recruit and train people.’’

DairyNZ estimates 4000 dairy workers can apply for the residency visa, but the industry will still be short of between 2000 and 4000 workers.

Unlike some farmers, Mr Giera has a full team at a time when workers are under high demand.

Of his six permanent staff, five are from overseas.

Mr Giera said he had employed Kiwis in the past and would like to employ more because dairy farming was a good career for people to get ahead in.-