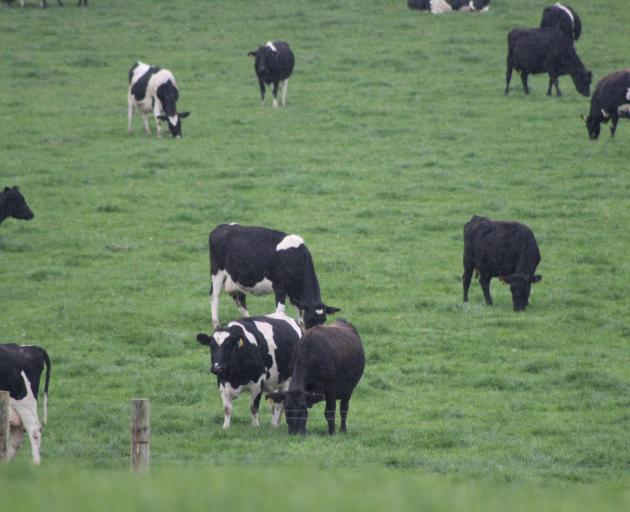 However, Transpower has assured farmers it has biosecurity management procedures and policies in place to mitigate any risks.

The company's service contractors need to drive over properties to inspect high-voltage structures and they were out and about in the valley during the past couple of weeks.

Retired farmer Peter Macdonald, of Millers Flat, said it was ''irresponsible'' of Transpower to inspect the network at this time of year, when stock were being wintered from other areas, including Southland, and concentrated in paddocks.

''We've got a notice from Transpower about contractors inspecting pylons around Roxburgh but about this time of year there are dairy herds being grazed and they could spread M. bovis from property to property.''

''Farmers are feeding winter crops and there is mud, which could be transferred [on vehicles] and could easily transport the bacteria to other farms.''

''Common sense should prevail. They should be inspecting in December, January and February, when it is warm and there is no mud and the dairy herds have gone home.''

He had attended a recent M. bovis public meeting in Alexandra, run by the Ministry of Primary Industries.

''They (MPI representatives) said M. bovis bacteria can survive in wet mud, although exposure to sunlight kills it rapidly,'' he said.

He said Transpower representatives said the company had biosecurity management practices in place.

He had heard of a farmer who would not allow a Transpower contractor to drive his vehicle on to his property, but who elected to drive the contractor around in one of his own farm trucks to inspect the network.

''Our service providers going out on to properties know what is required of them,'' Mr Wishart said.

Contractors' vehicles and boots were cleaned before going on properties when they were asked to do so.

''Our guys take it seriously.''

He said DairyNZ representatives would also be talking to those attending the Transpower conference next month.

A Transpower information sheet outlining its biosecurity measures includes ensuring service providers have comprehensive biosecurity and contamination management plans in place, a database, which has site specific information, and procedures including washing vehicles, equipment and footwear.