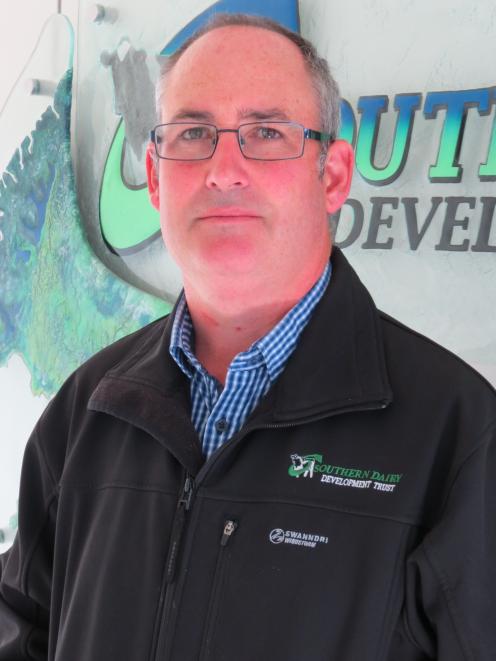 The farm was converted to dairy in 2012 from sheep and beef property in 2012.

He was also an agribusiness manager for Westpac and had belonged to various water and environmental groups, including the Dairy Environment Leaders Forum, (DELF) and its alumni group.

He has also been a school board trustee and does some contract work.

He is married to Jocelyn and they have four boys.

Before being asked to join the trust in 2017, he had spent a year or so preferring to step back from any involvement with groups, but when the suggestion was made, he thought it was a good opportunity.

''I didn't say 'yes' straight away but I saw it as the next step in leadership.

''My main skill is on the financial side.

''We are farming through a changeable period, and there is a willingness to accept new ideas and new concepts.''

However, new challenges and regulations may also mean uncertainty for farming businesses

''The challenge is for us to continue to be a world-class research facility and at the moment we have a fantastic group of trustees,'' Mr Driscoll said.

''At the moment we are really happy with the trust's encompassing geographic area, from Clinton to Riverton, and Central Southland.''

In the past trustees tended to be more ''shoulder-tapped'' to get involved with boards etc and he wanted to see a greater pool of talented people available for election.

He said investing in future leaders was one aspect of the trust as it was a useful stepping stone for trustees to learn and gain experience in leadership and governance.

The trust was also a means to promote the dairy industry, which offered a range of potential careers.

They had hosted preschool and primary school visits, where the children and their parents got to see cows being milked in the past year.

They has also hosted Ministry of Primary Industries staff and Landcorp senior managers.