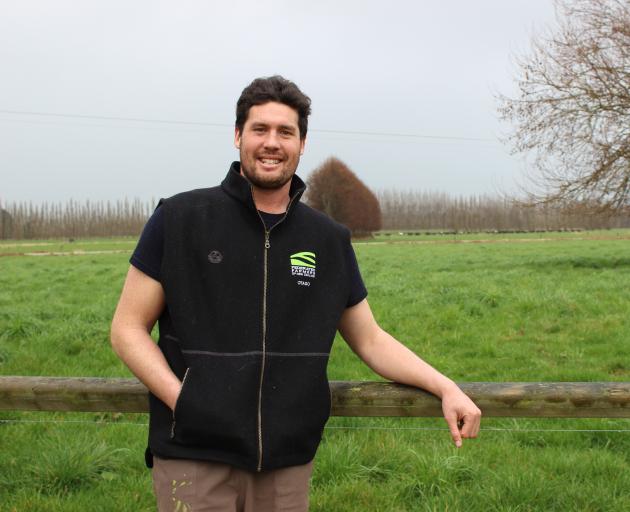 Dairy farmer Mathew Korteweg recently took up the role after previously being the sharemilker chairman for two years.

Mr Korteweg and wife Catherine, along with son Beau (1), have been 30% sharemilkers on Mr Korteweg's family farm which has had a herd of 550 cows for the past five seasons.

For the past two seasons, they have taken on a neighbouring farm where they were contract-milking a herd of 550 cows.

Mr Korteweg grew up in the area before studying landscaping at Otago Polytechnic.

After a stint working as a landscaper, he headed overseas, travelling and working for four years; including managing a dairy farm in Australia.

When older brother Blake moved on from the family farm, Matthew took over.

He said in his new role of dairy chairman he wanted to represent dairy farmers across Otago and provide a trusted link for farmers to the industry.

''I hope to become a trusted person people feel comfortable asking for advice from in both good and bad times, and if I can't help, find them someone who can.''

He said his the role was a big commitment and involved regular meetings and answering emails most nights but he did it because he wants to be able to be involved with the future of the industry.

'' If you're passionate about something or have an opinion, get involved; it doesn't necessarily have to [be] Federated Farmers . . . you want to be happy with the rules and regulations in the future.''

There was also starting to be a generational shift as young men and women started running farms, Mr Korteweg said.

''I hope to be someone the younger generation coming through can approach and relate to.''