Dairy hub farm research to be revealed at field day 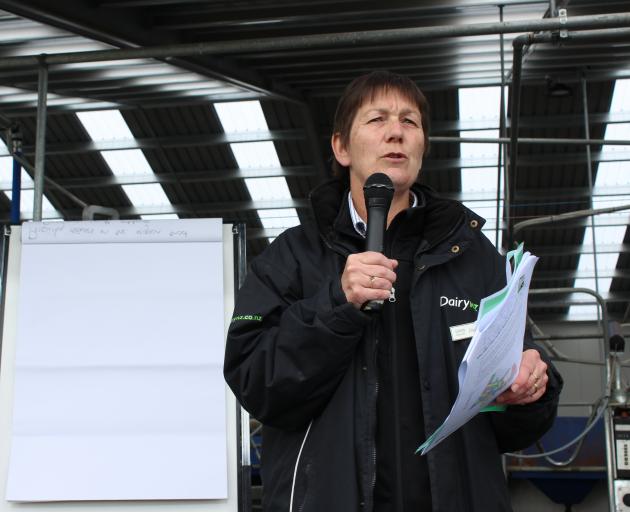 DairyNZ senior scientist Dr Dawn Dalley will update farmers about research under way at the Southern Dairy Hub at a field day on October 10. Photo: SRL archive
Kale versus fodder beet, phosphorous supplementation and buffer widths will be the focus of the Southern dairy hub's next field day at Makarewa on October 10.

DairyNZ senior scientist Dawn Dalley said they would be updating those attending about the early results of the studies being carried out on site.

Farm manager Shane Griffin will be talking about the hub farm's progress and Dr Ross Monaghan, of AgResearch, will discuss results of the nitrogen leaching study.

She said those attending the field day would also find out about the early result for performance comparisons between the four herds being run on the hub.

She said the cows were wintered on either kale or fodder beet and the researchers compared how well each group performed.

''We have taken blood samples and looked at the effect phosphorous supplementation has had in their diets.''

She said farmers often supplied phosphorous in baleage as fodder beet was low in the mineral and they wanted to determine if that method effectively delivered enough to all the cows in the herd.

This spring's calves have been weighed at birth and blood samples taken to look at their progress and they would be measured every two weeks for the next two years.

''We still have got a long way to go and we will report as much data as we can.''

She said there would be field days every four months to update farmers on research outcomes and hub performance.

also be reporting on the study's early results.

He has also been monitoring the quality of water from the hub's water spring and will talk about variable width buffers when riparian planting.

''The field day will be a good opportunity for farmers to see where we are at and where we are heading,'' she said.

Contact Ronda Ridsdale, ronda.ridsdale@dairynz.co.nz or (03) 218-2274 to RSVP for catering purposes by October 3.