Dairy prices down as butter slumps 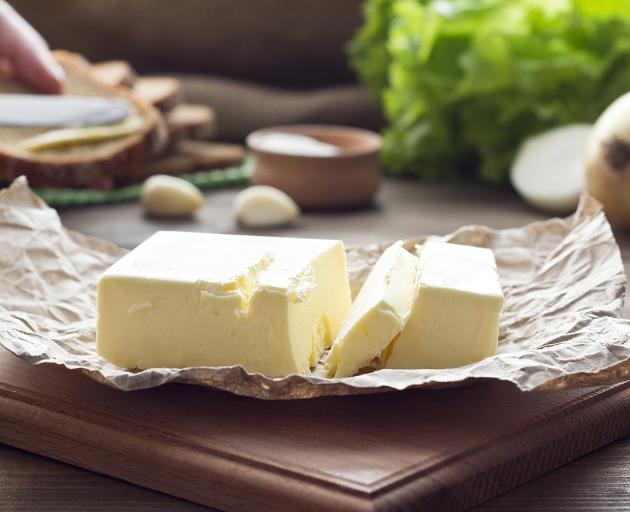 At the latest GDT auction, butter plunged 9.6% to US$3,637 a tonne. Photo: Getty Images
Dairy product prices fell at the Global Dairy Trade auction, spurred by slides in butter and anhydrous milk fat that were the biggest in about two years.

Whole milk powder declined 1.8 %to US$2,599 a tonne which, NZX dairy analyst Amy Castleton said, was "a surprisingly resilient result."

"Whole milk price offer volumes were at their highest for the season," Castleton said in a note, adding that New Zealand milk production figures released yesterday showed October production was up 6.5 % on a milksolids basis.

"Most of the whole milk powder sold went to North Asia, which includes China," Castleton said.

"There was significantly less volume of anhydrous milk fat sold compared with the previous event, but there was more butter sold," according to Castleton.

"There hasn't been such a big percentage change in prices for either AMF and butter since late 2016."

Butter milk powder was not offered at this event. For sweet whey powder, no product was offered or sold, or no price was published for the last event, or on both of the two previous events.

There were 143 winning bidders out of 170 participating at the 15-round auction. The number of registered bidders was 503, down from 517 at the previous auction.

Why it that when the price internationally falls we still do not see a reduction in local prices? Are we subsidising the dairy industry?