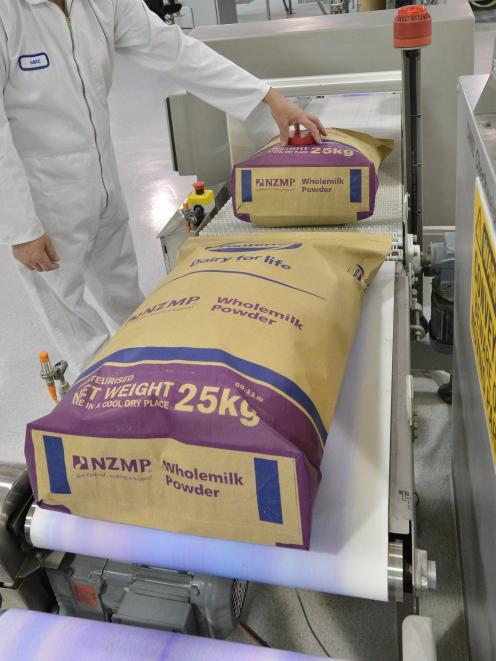 "A decline had been expected, as volumes of whole milk powder are building at this time of season as New Zealand heads into its peak milk production period," AgriHQ dairy analyst Amy Castleton said in a note.

The price for regular grade whole milk powder to ship in December rose 1.3 %, against expectations for a 0.4 % decline in this grade and contract, Castleton added.

"China is likely to be buying product to ship in December at this time so that it lands during the period in which a lower tariff rate applies, from January 1, 2019," Castleton said.

"The decline in prices for the milk fat products seems to simply be on greater volumes-there was more butter and anhydrous milk fat sold at this event than at the" equivalent one a year earlier, according to Castleton.

"However, Oceania fat prices are quite low relative to both Europe and the United States."

For sweet whey powder, neither an index nor price was available.

There were 143 winning bidders out of 170 participating at the 15-round auction. The number of registered bidders was 506, up from 503 at the previous auction.