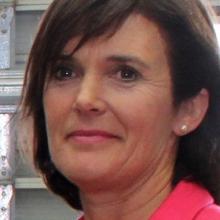 The South Canterbury dairy farmer is seeking election to the board in this year’s director elections through the self-nomination process.

Mrs Guiney recently settled a defamation claim against the Fonterra board, over a letter the board sent Fonterra’s 10,000-odd farmer-shareholders explaining why it had sought a court injunction gagging her from speaking about the business.

She left the board last year after serving three years. She said she departed because she was prevented from re-contesting her seat when it came up by rotation, the New Zealand Herald reported.

Voting was now open for the director election. Five candidates are standing for three places.

Independent nomination process candidates Peter McBride, who is chairman of Zespri, agribusinessman and Maori Television chairman Jamie Tuuta and sitting director Ashley Waugh, who were nominated by the Fonterra board after being recommended by the independent selection process, were joined by self-nominated John Nicholls and Mrs Guiney.

The self-nomination process allowed any Fonterra shareholder — with the support of no fewer than 35 different shareholders — to put themselves forward.In her voting profile, Mrs Guiney said Fonterra’s strategy should reflect and exploit New Zealand’s on-farm comparative advantages.

"My focus is in concentrating both people and capital resources where we have strengths and where it is hard for others to compete. This requires some departure from current Fonterra strategy," she said.

Mrs Guiney said she would not defend loss-making investments in the name of "integrated strategy".

"Fonterra has made some poor choices and we can only strengthen Fonterra with some hard calls to exit non-core investments and focus on our core competitive strengths.

"Fonterra should not be a farmer. We have a strong advantage in quality ingredients supplied to companies that have established brands and in food service," she said.

Success in any business was dependent on how it performed under pressure and that required transparent analysis "of the bad with the good".

Shareholders have an opportunity to meet the candidates at seven meetings around the country starting in Gore on  October 23.