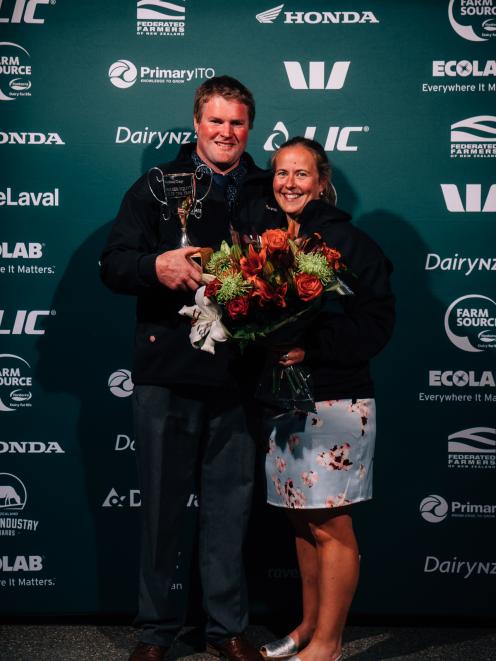 Gore couple Simon and Hilary Vallely have been named share farmers of the year in the Southland-Otago Dairy Industry Awards.

They believed strong relationships with all people they dealt with were the key to their successful business.

They were proud of the record production results they had achieved.

The couple purchased a 72ha property, which they farmed in conjunction with sharemilking, and were pleased to have survived a low payout during a challenging time with minimal bank security.

Steven and Hayley Clarke, from Gore, were runners-up, and Jason Checketts, from Lumsden was third.

Jaime McCrostie (32), who manages a 930-cow farm at Winton, was named dairy manager of the year, with Chloe Mackle (Invercargill) second and James Matheson (Gore) third.

Dairy trainee of the year was Simone Smail (24), from Invercargill, with Shannon Bunn (Heriot) runner-up and Caycee Cormack (Heriot) third.