Milk auction bull run over with fall of 0.5% 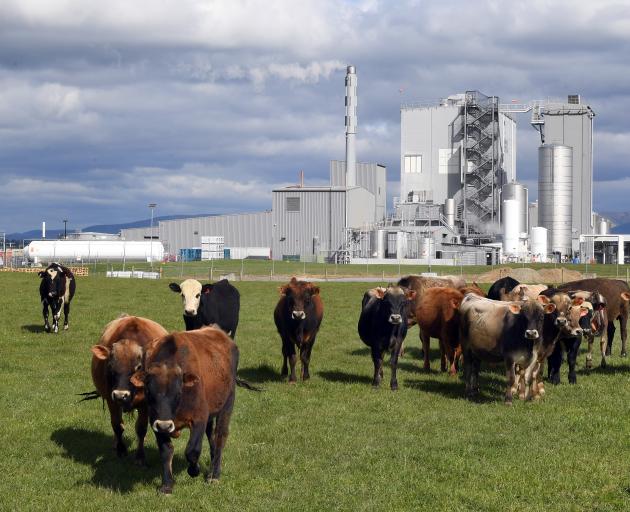 Cattle graze in front of the Danone Nutricia plant in South Otago. Photo: Stephen Jaquiery
A five-auction winning streak was broken in this week’s GlobalDairyTrade auction as the headline index fell 0.5%.

WMP price momentum remained upwards, having risen a total of 12% since the sequence of auction price gains started in early July and it was up 28% from the low in November 2018, Westpac’s head of New Zealand strategy Imre Speizer said.

Chinese auction share picked up slightly to 49% and remains well above the next major buyer regions — Southeast Asia/Oceania at 28%, and Middle East at 10%, Mr Speizer said.

Chinese demand remained solid and had been the main source of growth for New Zealand’s dairy exports over the year. China’s reported import volume of WMP in October was up 38% on a year ago, with New Zealand, Australia and the EU all benefiting, he said.

Solid demand, combined with contained supply (NZ affected by a cooler-than-normal spring; international producers flat in annual growth terms, although the EU and US have picked up recently), suggested the near-term price outlook remained positive.

It also appeared dairy markets were anxious New Zealand supply would be soft over coming months.

The ANZ world commodity price index lifted 4.3% in November with beef up a substantial 19%. The overall index was 12.4% higher than it was a year ago. Dairy prices bounced 2.8% during the month.