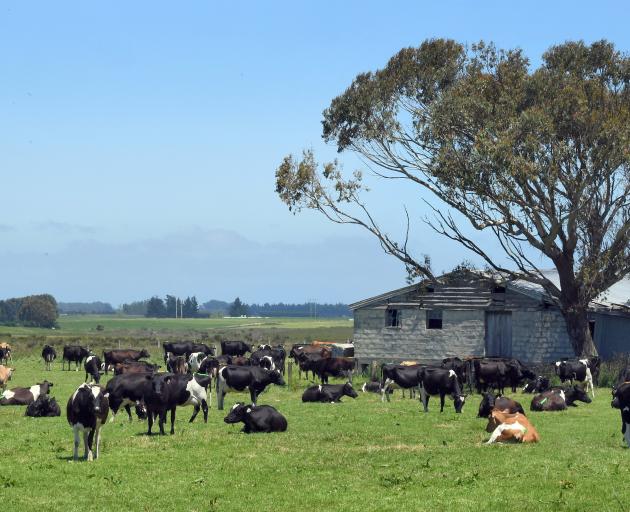 Cows graze near Dacre in Southland, a region which is home to 8.8% of the country’s dairy herds. PHOTO: STEPHEN JAQUIERY
New Zealand’s dairy sector has notched up a record production milestone, despite a drop in cow numbers.

Average milk production per cow also increased from 381kg ms last season to 385kg ms this season, while the latest count showed New Zealand had 4.921million milking cows, a decrease of 0.5% from the previous season.

That was down significantly from peak cow numbers in 2014-15, when there were more than five million.

Otago was home to 445 herds — 4% of the country’s dairy herds — made up of 271,347 milking cows. The value of milk production to the regional economy was estimated at $525million, while the industry employed 1450 people on farm and 390 in processing and wholesaling.

In Southland, home to 8.8% of the country’s dairy herds, there were 982 herds made up of 591,623 milking cows. The value of milk production to the regional economy was valued at $911million, while total dairy employment was 3730 people.

“While some of our key sectors have been hit hard by Covid-19, our dairy sector has proven extremely resilient through this period of uncertainty and is well-positioned to continue playing a key role in contributing to New Zealand’s economy,’’ he said.