New trustee eager to learn, wants 'to do a good job' 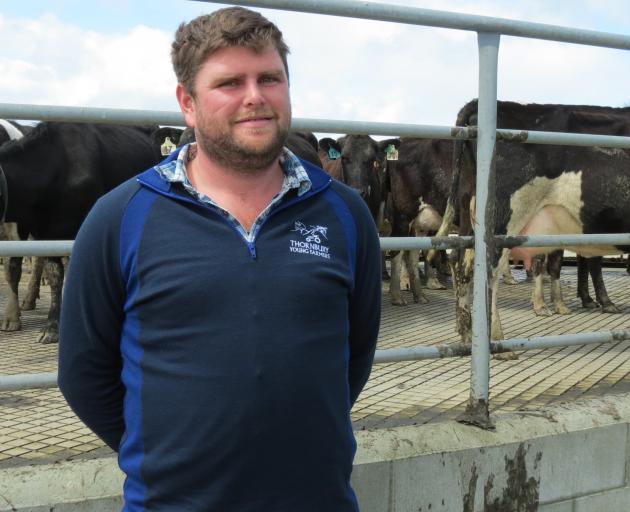 He joined two other new trustees - Nick Templer, of Balfour, and Kate Stainton-Herbert, of Clinton, - on the board during the trust's annual meeting this month.

Tim Driscoll, a dairy farmer in Winton, was elected as the trust's new chairman.

The trust is a cornerstone partner in the commercial and research dairy unit, the Southern Dairy Hub, near Wallacetown.

One of the reasons Mr Templeton put his hand up for the trustee role was that the group of people involved with the hub were ''forward thinking'' with ''new ideas and technology and innovation''.

He said at 31 he was probably the youngest trustee but saw it as an opportunity to learn more about leadership and governance, as well as contribute to the trust.

Mr Templeton and his partner Jen Armstrong are sharemilkers on part of his parents' Vaughan and Megan's property near Riverton, milking 620 cows with a 280,000kg/ms target this season.

The original farm was converted from a sheep and beef property in 2002 and more recently was divided into two dairy units, which are run separately by Mr Templeton and his brother Peter.

He has not always been a dairy farmer, returning to the family farm only in 2015, after spending time as an engineer in the North Island.

''I came back as I had the opportunity to run my own business,'' he said.

He belonged to the Thornbury Young Farmers Club, but at 31 ''aged out'' earlier this year.

Mr Templeton was third in the Otago-Southland final of New Zealand Young Farmer of the Year last year.

''I was also nominated for a Young Farmers Excellence Award, which is for service to farmers in the community [earlier this month],'' he said.

Six Young Farmers from throughout the country who were considered leaders, achievers and role models were nominated.

The winner is to be announced on November 4.

He said he had learned a lot about the dairy industry in a short time and he felt his experiences with the other groups he was involved in could contribute to the trust.

''One of the challenges is I am very time-scarce,'' he said.

''The other challenge is getting my head into the space about what success looks like for this [research] farm as it looks different from my [conventional] farm, and understanding the different metrics,'' he said.