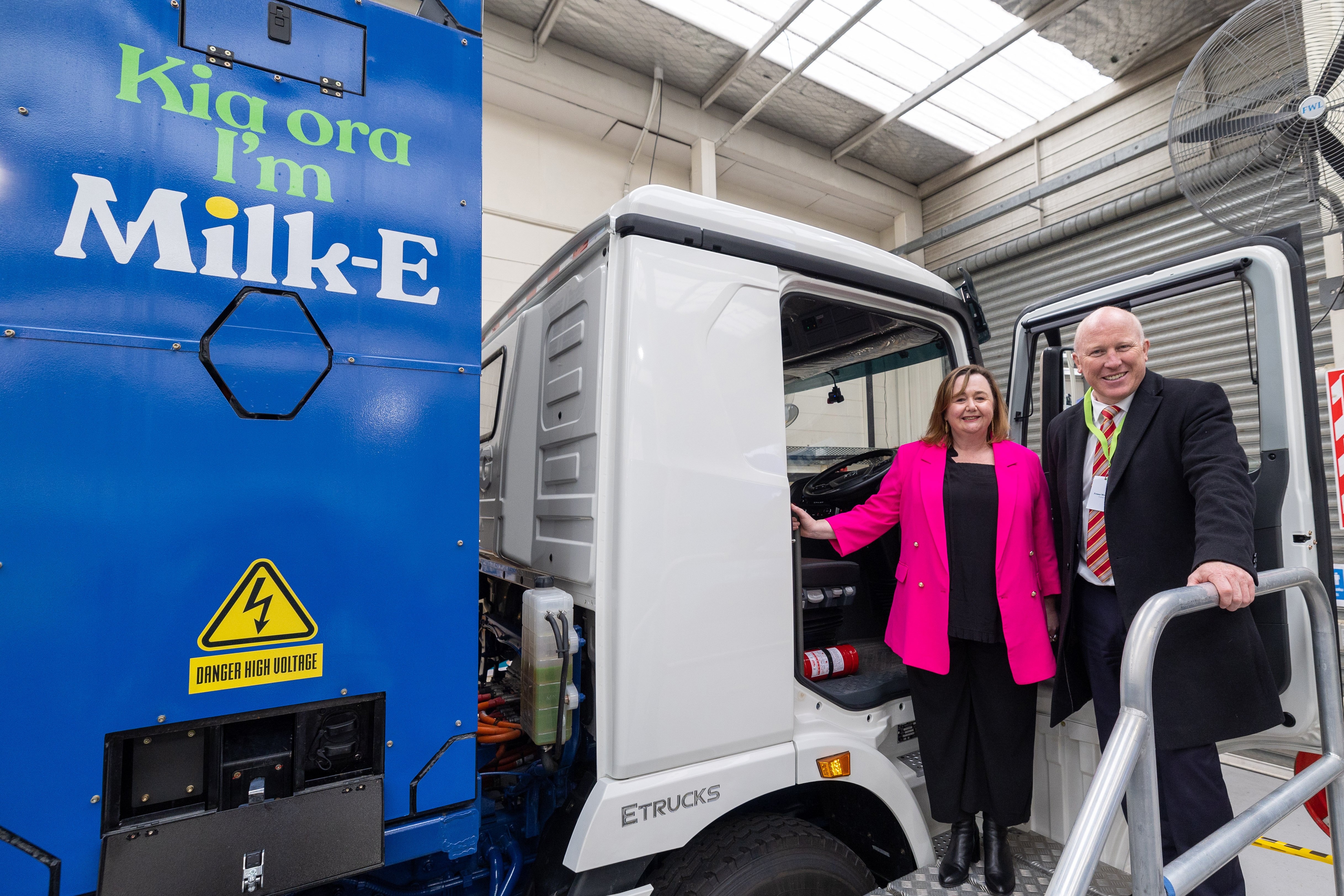 Changes to the battery configuration have given the team an opportunity to trial other additions to improve milk collection efficiencies, reduce safety concerns and reduce the amount of work required to customise a Fonterra tanker, Mr Whineray says.

A battery swap system is being installed at the Waitoa site where Milk-E would be based, to trial how this could work within a fleet to minimise downtime from battery charging.

Fonterra received co-funding from the Government’s Low Emissions Transport Fund, which is administered by the Energy Efficiency and Conservation Authority.

The electric milk tanker will operate out of Fonterra’s Waitoa site, which is fitting given it was the site of New Zealand’s largest fleet of electric milk trucks 100 years ago, Mr Whineray says.