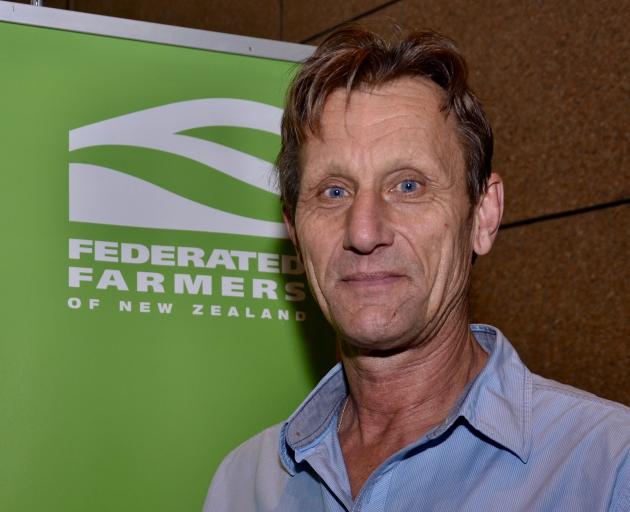 Federated Farmers South Canterbury Dairy chairman Ads Hendriks says dairy farming has its downsides despite a high payout. PHOTO: FEDERATED FARMERS
Dairy farmers have another sleepless night ahead of them as freezing works struggle to make room for their cull cows.

This is the time for empty cows and others lagging behind in the milk sheds to go off to the works, but short rosters from Covid-19 on top of earlier labour shortages mean space is tight.

They still have the option of selling them to sheep and beef farmers but that’s at a reduced price as more of them go on the market.

This is on top of rising costs for fuel, staffing, and fertiliser and increased interest rates which are taking the edge off of Fonterra’s record milk price forecast at a mid-range point of $9.60 per kilogram of milk solids.

He said a tough decision was ahead of them whether to keep milking empty cows through winter while there was still plenty of feed around or dry them off and try to sell them.

"Currently your cull cows are only getting $1 to $1.20 a kilogram if you try to get rid of them somewhere else for people who have grazing as you aren’t going to get them to the works. That’s quite a difference from a few weeks ago when we were getting $1.30-$1.60/kg and probably even higher."

The influx of cull cows on the market as dairy farmers wind down for the season is coinciding with the meat company bottleneck.

Mr Hendriks said he had sold 50 empties earlier this month and would keep another 60 of them for as long as he could until a market was found.

"What’s more important — having grass next season for freshly calved cows and hopefully the payout is good or carry the empties? I always say I am a dairy farmer, not a meat farmer, so although it’s a nice bonus at the end of the day I have to protect the cows for next season and we need the cows and feed for that."

Larger dairy companies will have contracts with meat works obliged to take them.

Mr Hendriks said there was apparently a lot of cull cows in grazing blocks because there’s not enough space at the meat works and that’s building up a backlog — at some cost.

That was unlikely to help with any lift in the price which would hopefully continue to hold as it had the past few weeks at $1-$1.20/kg, he said.

He said $1.10/kg was a good price for South Canterbury dryland sheep and beef farmers who had plenty of feed as a result of heavy rainfall.

"Considering how buoyant the meat industry is, that’s not a lot of money."

He said most animals were selling for $500 to $600 which was on the cheap side, but "better than nothing".

Dairy farmers welcomed the high payout, but this headache had arrived with many extra costs and they had their own staffing issues to deal with, he said.

Mr Hendriks said the concern ahead was the availability of works space when cows were calving again.

"Hopefully the freezing works will be back operating after the winter because then we have the bobby calves."

He said Fonterra was insisting next season that euthanising animals was not a "done thing" and farmers had to find a market for them, but that would be difficult if the freezing works couldn’t take them.