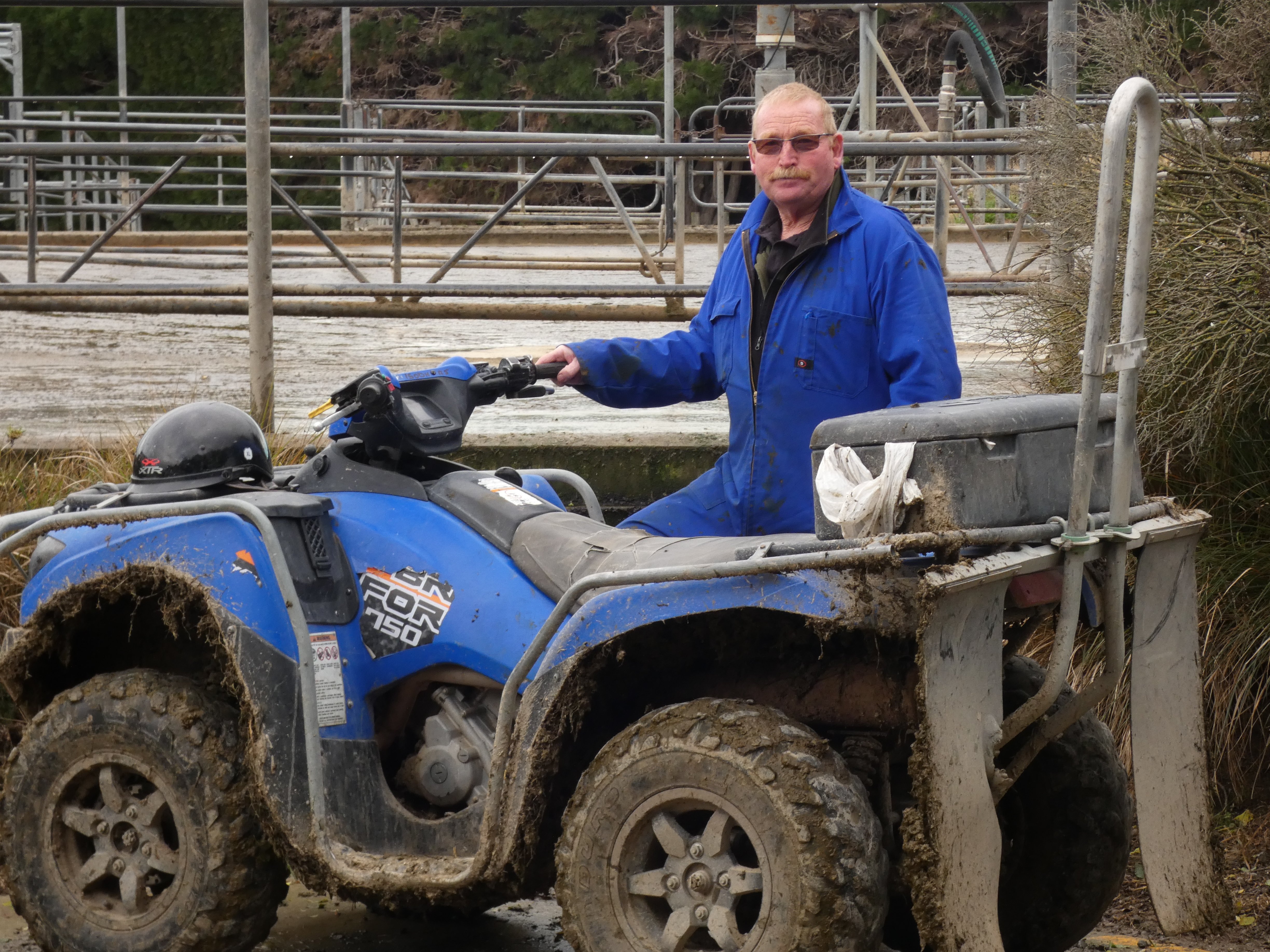 The commercial demonstration farm at Lincoln University had high hopes that reducing twice-a-day milking to 10 milkings over seven days would produce many benefits.

But pastures down on energy after a season plagued by rain has meant this has not quite lived up to expectations.

Manager Peter Hancox said the intended effect of lower costs and about 5% less milk than last season from the 10-in-seven system failed to pan out.

The herd was down 8% in production compared with twice-a-day milking last season, he said.

He said they were hoping to run working expenses of $4 a kg, but ended up at about $4.70 a kg as a result of a hard growing season and costs creeping up such as for fertiliser.

"This season we’ve just had was probably one of the worst seasons for trying to get milk out of cows, mainly because of the [weather] environment with a lot of overcast days and not a lot of sun. So it hasn’t been a great grass-growing season with not a lot of energy in the grass."

That resulted in the herd being fed about 700kg of brought-in grass silage per cow compared with the 400kg-450kg usually consumed.

It’s not all bad news as Canterbury farmers on mainly twice-a-day milking are down about 6%. On average they have working expenses of $5 a kg to $5.50 a kg and with an expected $9-plus/kg payout LUDF will still end up with a good surplus.

The herd is milked only twice a day on Monday, Wednesday and Friday on the 160ha farm under the 10-in-seven system.

"The research around it shows it has about 5% less production, but it takes a lot of pressure off cows and one of the main reasons we have done it is for the staff. We can cut staff hours right down and this season they’ve worked a five days on two days off roster just like the city folk, working around 40 to 45 hour weeks so it keeps the hours down."

This has enabled the farm to go from four staff to three, reducing expenses needed to compensate for the expected 5% milk loss.

Mr Hancox said the other benefits of less lameness and cows being in better condition going into this winter to reduce wintering costs also didn’t meet targets.

Rising fertiliser costs and staff wages aren’t expected to be fully felt until next season with urea costs already double that budgeted for this season.

Nonetheless, farm managers are determined to continue with the reduced milking.

Mr Hancox said they had been able to test it under tough conditions and would have been down at least 5% if they had remained on twice-a-day milking under the grass-based system with a wet spring.

"There is good science behind this 10 in seven and it could be as profitable as twice a day with taking some of the costs out of the cows," Mr Hancox said.

"So because we trust the science we are going to do it for another season and hopefully have one that’s not as bad as this one."

A disappointing result was the high empty rate of 21% for the herd after artificial insemination as they had hoped to dip under the usual 13%.

Mr Hancox said trying to get cows in calf had been a burden and was likely feed-related as they had cows with good genetics and cow condition was average.

About 30 of the better cows had been sold and the other 70 would go to meat companies, with replacements stepping in.

Next mating season they would do trial work and test feeding to correct the drop-off after a good start to the three-week conception rate.

This result would be compared with another farm with a better mating record.

A sign of the damp summer is that the four centre pivots and fixed-grid irrigators were only turned on for 53 days compared with 90-plus days usually.