Second round of 'M. bovis' testing to begin 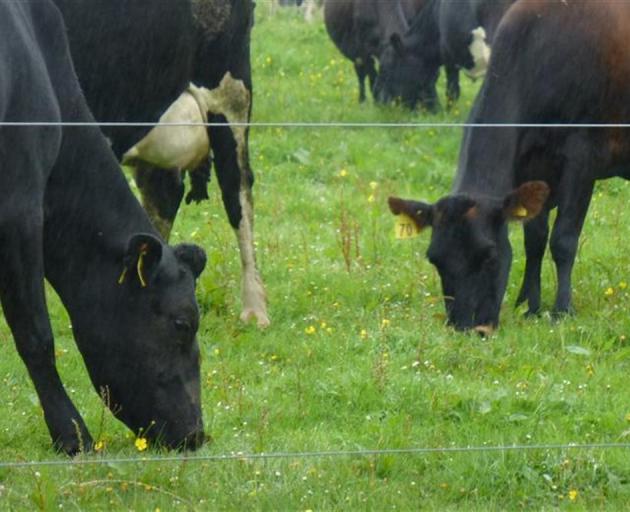 Photo: ODT files
A second round of nationwide milk testing is due to begin later this month, checking dairy herds for Mycoplasma bovis.

Samples would be taken shortly after the start of calving, when cows were most likely to be shedding the bacterium, the Ministry for Primary Industries (MPI) said in a statement.

Samples would be collected about four weeks following the start of supply and the first samples were to be collected in the North Island in late July.

Testing when cows were in the early weeks of lactation and under some physical stress would yield the most accurate results and provide further information about the location of the disease.

In May, Government and industry leaders announced an attempt to eradicate the disease, at a cost of $886 million.

MPI director of response Geoff Gwyn said farmers could expect to receive more information about the testing from their dairy companies this week.

Once the programme was completed, farmers with "not-detected" results would receive an email confirming the disease had not been found.

Any farms with a sample where the disease was detected would be contacted immediately by MPI and advised of the next steps.

Farms that received a not-detected result could take some assurance the bacterium was not in the samples provided.

However, the complex nature of the disease meant results could not be taken as a guarantee the farm was free of the infection, Mr Gwyn said

MPI's latest stakeholder update showed 28,279 animals had been culled from herds scheduled for depopulation. There were 41 infected properties.

Another lifestyle block near Inglewood was under Notice of Direction while follow-up testing was done.

"Big, small, lifestyle or intensive/extensive, any farm operation with cattle is at risk and the owners and staff have a part to play in the biosecurity of the sector.

"Outside Canterbury and Southland it is understandable that many small block holders were not aware of the implications of Mycoplasma bovis for them.

`But there is a wealth of information out there and everyone with cattle needs to do their homework," Mr Lewis said.

In a survey done as part of the Biosecurity 2025 programme, more than 60% of New Zealanders had a good understanding of biosecurity and thought it was important, but only 2% thought they would be personally affected by a breach.