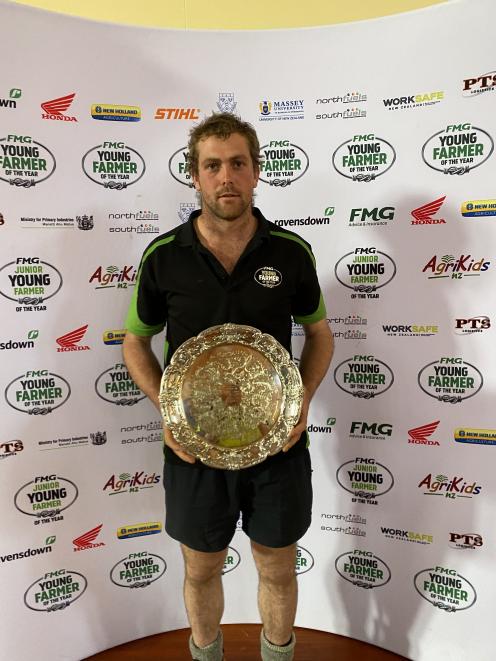 The 50/50 sharemilker, of Taramoa, took the top spot with a staggering 512 points at the annual competition on Saturday, held at Donovan Park, in Invercargill.

‘‘I set out to have a great day and enjoy the experience, so to take out the top spot is pretty great," he said.

While it was uncertain whether the event would go ahead, due to the Covid-19 Alert Level 2 restrictions, 100 people made the most of the smaller-than-usual turn-out.

The eight regional finalists competed in eight modules and battled it out head-to-head in two time and point races.

A written exam and the highly-anticipated FMG Young Farmer of the Year buzzer quiz also tested the regional finalists' knowledge.

As a third-place finalist in the 2016 regional final, Hodsell was confident going into his second round.

"Obviously, Covid changed the way the competition normally runs, which is disappointing for those who organised it but did a great job putting on [the] event, so credit to them."

The 28-year-old had spent a bit of time in Australia, expanding his agricultural experience on a sheep, beef and cropping farm before coming home to pursue his dairying career.

"I really enjoy what I do.

The contest was based on four strainers — technology and innovation, environment, people, food — and finalists who earned the top points in each strainer also won awards.

Mr Hodsell will head to the grand final in Christchurch in July to battle it out for the national title.

New Zealand Young Farmers chief executive Lynda Coppersmith said this year had so far been one of the "fiercest" seasons for the competition yet.

"The level of competition this year is absolutely outstanding.

"We have some seriously talented members in our ranks and it is a privilege to watch them all represent the food and fibre sector and grow as young farmers.”