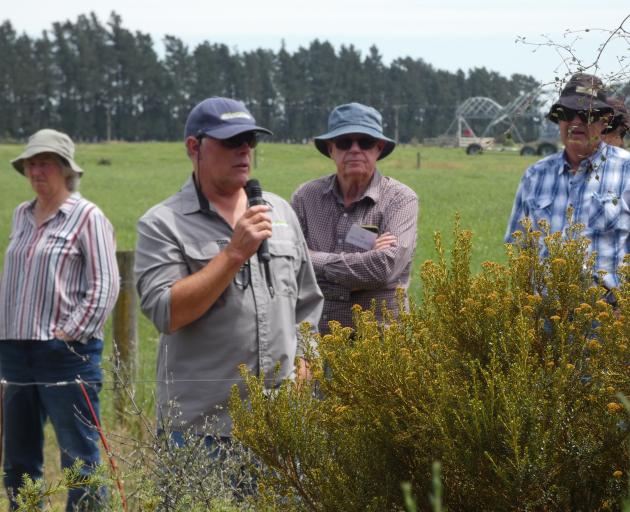 A farm forester ambles over to a long stretch of native trees and shrubs to catch a glimpse of the rare plant that he’s never heard of before.

Nearby, dairy cows are readying themselves for their afternoon milking and a centre pivot makes its slow creep across the paddock.

At first glance, the spindly shrub with clusters of dark-green leaves and white on the underside looks unremarkable. It’s nestled among a 3-year-old shelterbelt on a boundary fence alongside pittosporums, flaxes and other natives.

But the Olearia adenocarpa — or small-leaved tree daisy — is special. It’s the rarest shrub in New Zealand and in bird terms there are fewer in the wild than the endangered fairy tern with its 45 survivors.

Native to the Canterbury Plains, there’s less than a handful of known sub-populations. One of them with two plants is near the Rakaia River in the Bankside/Te Pirita area on one of nine Canterbury farms owned by Southern Pastures.

Seeds have been taken from the critically endangered species to raise plants, which now stand more than a metre high.

The farmer presses against the fence to get a better look at it and after scratching his head, turns his attention back to farming general manager Mark Bridges.

Bridges is explaining why the company has gone to such great lengths to plant them and other native trees on such a large scale.

He’s got a tough crowd — members of the Farm Forestry Association who’ve gathered for their annual field day.

Dairy properties don’t crop up that often on farm forestry visits and they’ve got long memories of when shelter belts and exotic trees were rooted out to make way for dairy farms on the Plains. But they appear approving of the work being done to restore some of this balance.

Bridges said there was no commercial pay-off for putting in rabbit-proof fencing to protect the wild Olearia adenocarpas or, for that matter, planting natives in farm margins.

But there is immense satisfaction with improving the farms’ outlook and biodiversity, providing shade and shelter for herds, and contributing to carbon sequestering.

There’s also the payback of protecting something that was on the brink of extinction. 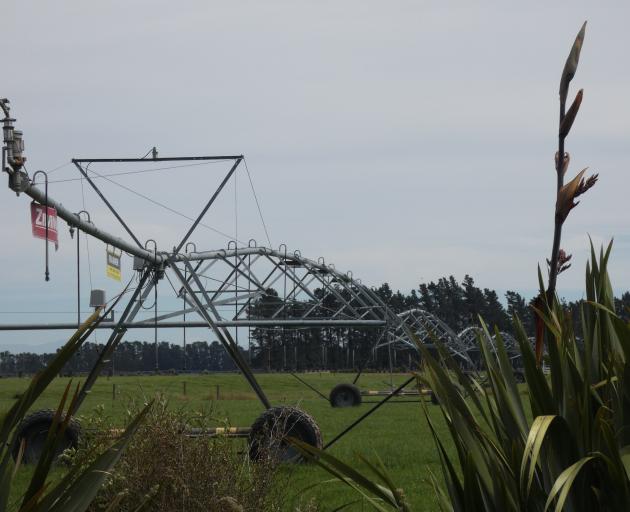 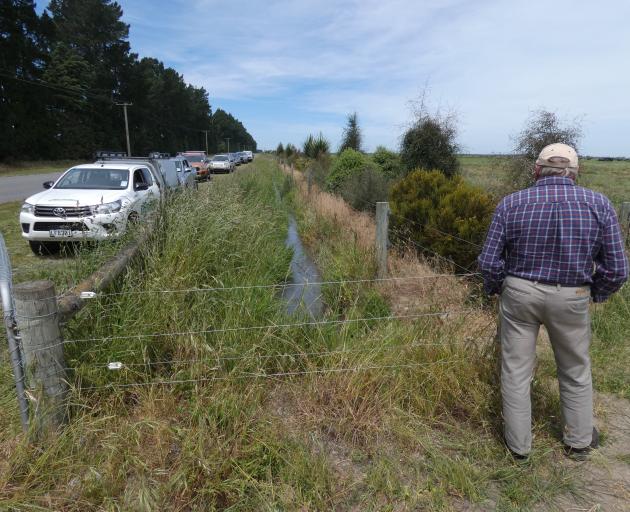 Farm foresters get a close look at the native plantings at a Southern Pastures farm in Bankside.
"As a Kiwi that feels pretty damn exciting. Now we find we have some matagouri which is rare on the Plains now and we will push the repeat button on this."

Other farmers in the district appear to have been inspired as there’s more native planting popping up. They hope more farmers will follow, he says.

Lewis Road Creamery is well known for its premium milk products with their premium prices. A small 227 gram slab of butter sells for more than $10 in the United States.

When its chocolate milk was first released in 2014 there were lines around corners and even a black market, with social media awash with posts on the price tag and accounts of its deliciousness.

Less well known is that it’s owned by Southern Pastures.

And that company, in turn, is owned by the European Pension Funds and New Zealanders in a limited partnership and equity fund.

They bought 10 farms on mainly former forestry land in south Waikato in 2012 from Carter Holt Harvey and another nine in Canterbury including one in Methven from 2014-16.

Combined, the 15,500 cows on them produce a total of seven million kilograms of milk solids. Each cow produces 440-500kg on nearly 4800ha of effective farmland.

Bridges joked that the beauty of working with an equity fund was not having a banker breathing down your neck every day.

Financial targets needed to be met, but there was more give with going beyond lip service for the ideals of looking after cows, people and the land.

The Taranaki dairy farmer said they prided themselves on feeding their cows well and delivering health-giving dairy products from consumers seeking "values" for their money.

Fresh milk, for example, is free of permeate and palm kernel extract (PKE) and sold in recycled bottles.

These buyers are prepared to pay a premium price when they know the company is paying regard to animal welfare and long-term environmental, social and climate sustainability, he said. 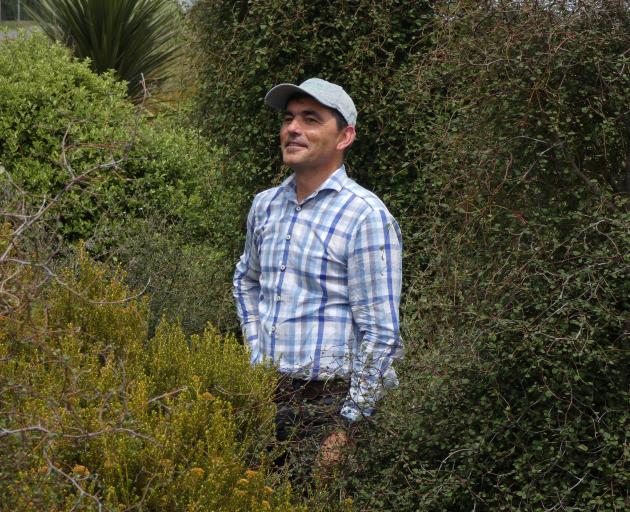 Southern Pastures’ farming general manager Mark Bridges reveals more than $1million has been spent on native trees and shrubs at its nine Canterbury dairy farms.
"What does that mean in good Taranaki farmer language? It means, do what’s right."

He says the company offers career paths and "some skin in the business" to young farmers of up to a 24.9% stake in a farm — and some of these farms are worth $20million today.

"I’m pretty proud of that. We end up being able to operate in the higher echelons of performance in our farming and I think that’s got a lot to do with the people on our farms."

Bridges doesn’t skirt away from the topical nitrogen issue. Fertiliser applications have been reduced without losing much pasture growth on the South Island farms.

When the group first bought their farms in Waikato, 30% of the cow feed was palm kernel extract. That’s down to zero, and concentration on pasture.

Soil carbon was being measured in soils with a view to eventually entering carbon credits. They were already seeing a build-up of organic matter in the Waikato lighter pumice and ash soils where there was once only pines and little topsoil.

Dung beetles were being used to break down effluent and biochar to build up water retention and soil carbon.

In the northern farms, 47ha of wetland was ring-fenced and native bush allowed to regenerate, with nearly a quarter of the land in trees, and outside dairy use. Some of this land was QEII covenanted. Bridges said he was inspired to start a native tree programme in Canterbury after seeing a graphic of Ngai Tahu’s planting target for 2035, showing tree corridors weaving through farmland.

"We have 23 or 24% of our total land mass in trees in the North Island. Down here, flat land, pivots all over it, green grass and no trees. We know we have to change that."

buffers introduced around the properties after the outbreak of M. bovis being filled with natives. 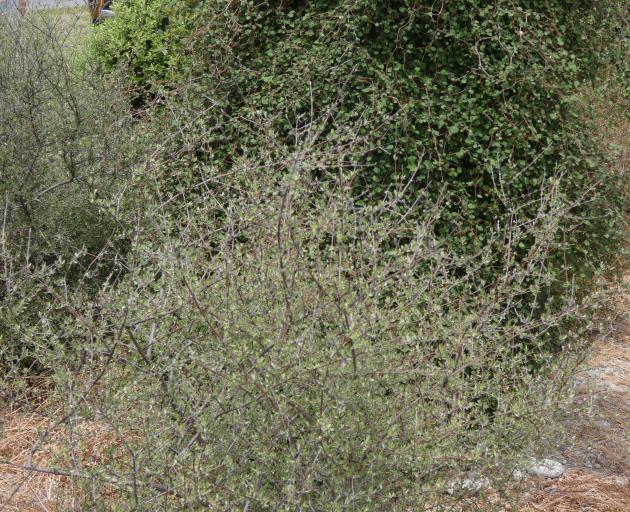 Olearia adenocarpa is New Zealand’s rarest native shrub. It is being saved from extinction by seedlings going back into Canterbury — including at Southern Pastures’ nine dairy farms.
Shelterbelts were in rows of three trees — often lowland cabbage trees, kanuka, ribbonwood and pittosporums, with shrubs underneath for more shelter.

Low hedgerows 2m-3m high were in paddocks so centre pivots could pass over them. This season, forests were being planted in corners where the pivots could not reach.

A bonus was these areas with alternative irrigation were often the leakiest in nitrogen and nutrients losses, and now provided a pantry for birds and pollinating bees. Southern Pastures had permanent bee populations on all its farms.

In these fledgling forests were going in the nursery crops of five-finger, manuka, kanuka, pittosporums and ribbonwoods with totara or other similar types in the centre to provide permanent cover.

He said it was satisfying planting more than 1000 Olearia adenocarpas on the Plains farms.

The shrub had been brought back from the point of extinction. Other native species in shelterbelts were starting to regenerate and over the next five years the composition would naturally change to what was originally planted.

He had been involved in commercial tree planting for 40 years and over the past half had gravitated towards natives.

He devised seedling socks — bags open-ended at the bottom to allow roots to grow freely and give them a good start. Between these, locally sourced seed and his own plantings systems and follow-up maintenance, he guaranteed a 95% strike-rate.

Brailsford said we knew this part of the Canterbury Plains was modified, it used to be in kanuka, some manuka and cabbage trees, with totara and matai forests in better ground and kahikatea forests in heavier clay soils.

There’s plenty of scope for extending native shelterbelts well out into farmland where pivots can’t reach for more shelter, shade and biodiversity, he said.

Through trial and error, he mainly planted mountain flax where centre pivots passed overhead which created low enough shelter for the animals without needing trimming.