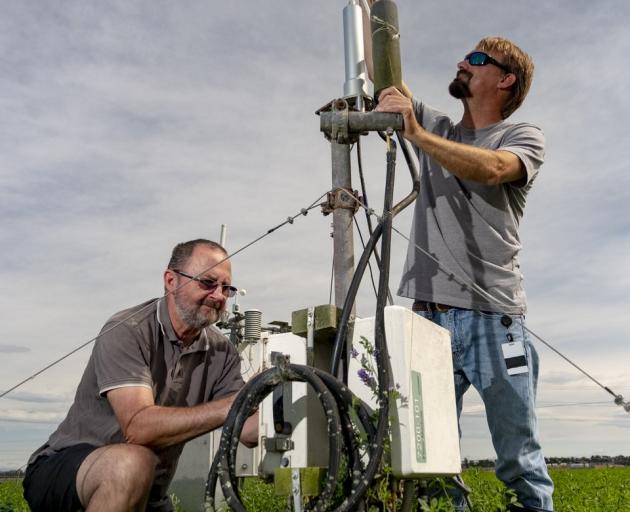 A five-year multi-agency study led by Landcare Research is based at dairy and dryland units at Lincoln University’s Ashley Dene Research and Development Station.

‘‘The impression out there is that if you start with a dryland site and irrigate it and supply fertiliser then you will build up soil carbon. Of course, the crop grows much better and there’s a lot more animal feed available, but we found if you don’t manage it carefully with grazing and cutting and irrigation, we can lose soil carbon from those sites.’’ 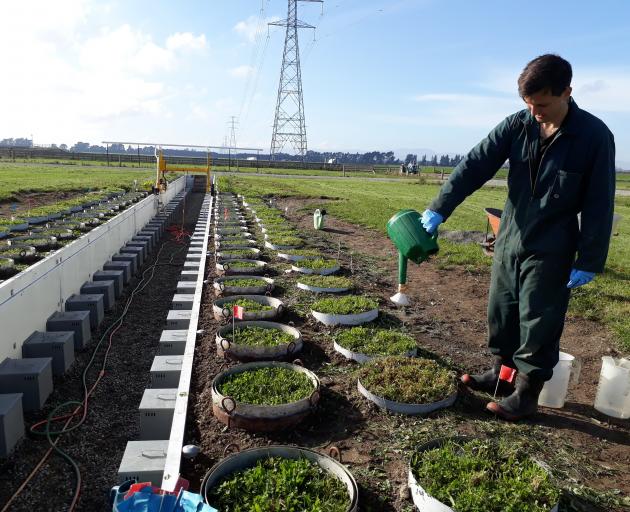 Large lysimeters — deep columns containing undisturbed soils and crops — were used to capture water and nutrients draining out of the bottom.

Dr Scott Graham said they found all the additional plant growth was being fed to animals either on site or elsewhere at the farm.

‘‘The big takeaway message was that the sites were losing soil carbon, not gaining, under irrigation. So where everybody’s perception is that irrigation would increase soil carbon because you go from this dry and dusty place to this nice green paddock, it’s not actually the case.’’ 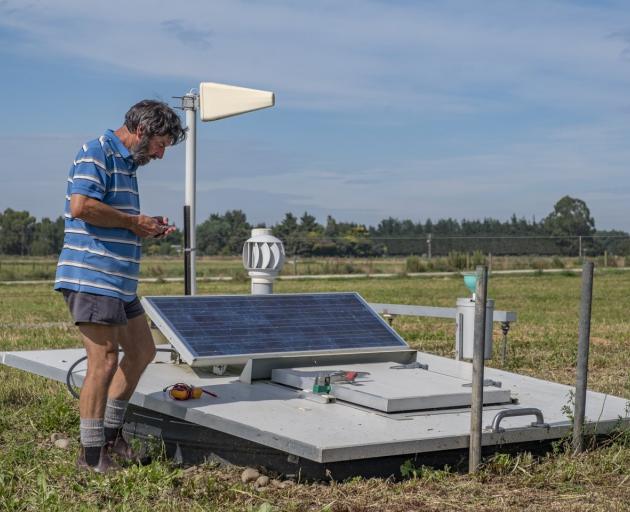 On the dryland site about 7kg-30kg of nitrogen was being lost per hectare each year, compared with irrigated losses of 40kg-100kg.

A benefit of lucerne being grazed on site was that the cows left some carbon behind in the crop, whereas more was removed in cut-and-carry crops, Dr Graham said.

However, animal excrement led to three times more nitrogen leaching when it was grazed, so this was a trade-off, he said.

Late-season irrigation was also found to produce more nitrogen and carbon losses when soils were wetter.

Scientists suggest this could be reduced by irrigation management, especially in late summer, with better weather forecasting and moisture sensors.

Dr Whitehead said farmers took the messages on board at a workshop that growing irrigated lucerne on an intensive farm wasn’t the best use of the land.

The lucerne crops were replaced last year with a grass combination of perennial ryegrass, Italian ryegrass, red and white clover and plantain.

Another part of the study looked at different species mixes grown in smaller lysimeters with cow urine added to see how much came out at the bottom.

Winter-active plants such as oats and Italian ryegrass absorbed nitrogen in the critical autumn and winter period. Fodder beet in animal diets was also found to reduce leaching.

Dr Whitehead said a combination of these could be useful for reducing losses.

Scientists hope next to explore if improved grazing management and the use of widely spaced trees in rolling hill country on sheep and beef farms will build up soil carbon and reduce losses.