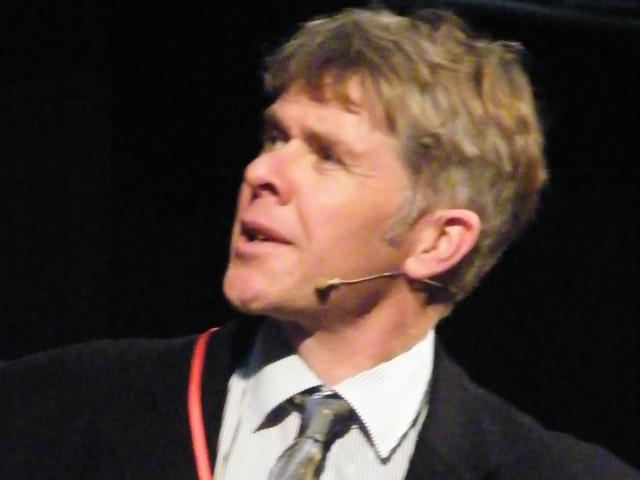 Jeremy Savage
The past season has been hailed a success for the Lincoln University Dairy Farm.

Farm consultant Jeremy Savage has praised the work of farm manager Peter Hancox, after the Lincoln farm exceeded its targets for the 2018-19 season.

''To be able to produce 500kg of milk solids per cow on a grass-based system without using palm kernel, with a low cost structure, low nitrogen inputs and low supplements, is a fantastic effort.

Around 232kg of dry matter per cow of silage was fed out and operating costs worked out at $3.86 per kgMS.

Mr Savage said the farm had set the same targets for the new season of milking 560 cows at peak, of producing 490kgMS/cow and keeping costs below $4/kgMS.

''By setting a target of 490kgMS/cow we allow for any hiccups and in case we fall off the pace, but you can be sure Peter will be going for 500kgMS/cow.

''This season we are looking at our management of breeding and reproduction, as we made a few mistakes, so we are planning for those going forward.

''We are also focusing on good pasture monitoring and management. It's an ongoing skill that people can keep honing.''

Mr Savage said the option of increasing cow numbers was considered, ''but the conclusion we came to is that what we are doing at the moment is pretty unique and it's profitable''.

While the farm has hosted winter workshops in July in recent years, Mr Savage said the farm's management had opted to release the season's results online instead this winter.

But he hoped the farm would get back on track with its seasonal focus days, with its spring update on October 10, focusing on mating programmes, genetic gain, managing milk price risk and a farm update from Mr Hancox.

Mr Savage said calving was under way on the Lincoln farm, with the cows returning to the farm in good condition.