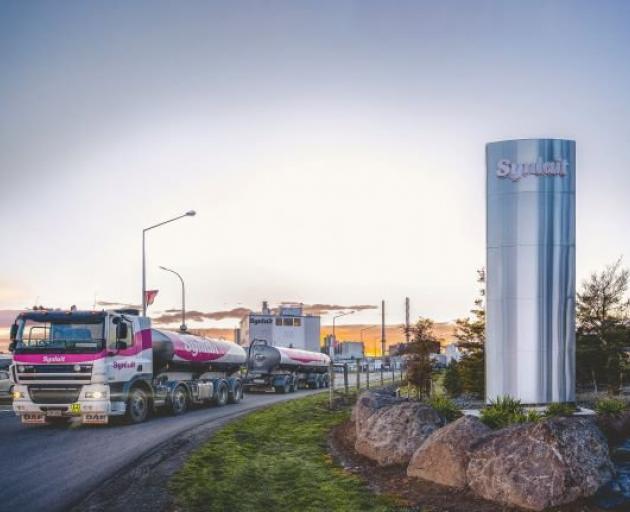 The Canterbury-based company’s result for the first six months ending January includes part of a one-off gain on the $17.1 million sale and leaseback of its Auckland premises.

This follows the full-year loss of $28.5 million last year after Covid-19 border disruptions — its first loss since listing on the stock exchange in 2013.

The company told shareholders it did not expect its profitability to grow at the same rate in the second half of this year because of ‘‘external factors’’ which could impact its performance.

They include the Omicron variant and labour shortages on its workforce, which could make it hard to maintain normal production in the short-term.

Ongoing disruptions to global supply chains due to Covid-19 and geopolitical issues are another unknown that could make buying raw materials and export products difficult.

There is also the risk of rising dairy commodity prices on the back of strong global demand outrunning restricted supplies. This could have a down side or assist next year’s result, due to lagged priced contracts with large multinational customers.

Chairman John Penno said the strong result reinforced the hard work undertaken to get Synlait back on track after a challenging 18 months.

“While the job is not yet done, we have made some big steps in the right direction as we reset our leadership and rebuild our profitability and balance sheet.”

The company acknowledged the stress this had put on staff, particularly those whose roles were disestablished.

By the end of the next financial year Synlait expects its recovery plan will return the company to similar levels of profitability, operating cash flows, and debt ratios as the years leading up to 2021.

Planned reductions in inventory at Synlait and Dairyworks are expected to generate greater cashflows. This will enable Synlait to complete its capital spending programme and reduce debt to comfortable levels over the next two years.

Synlait is confident its performance will build into next year as production for its new multinational customer at Synlait Pokeno ramps up and its consumer foods business continues to grow.

The company’s income before interest, taxes, depreciation, and amortisation was up 45% to $68.4 million and revenue was up 19%to $790.6 million.

Last month, the company increased its forecast milk price for the 2021/2022 season by 35c to $9.60 a kilogram of milk solids. Its next forecast review is due in May.