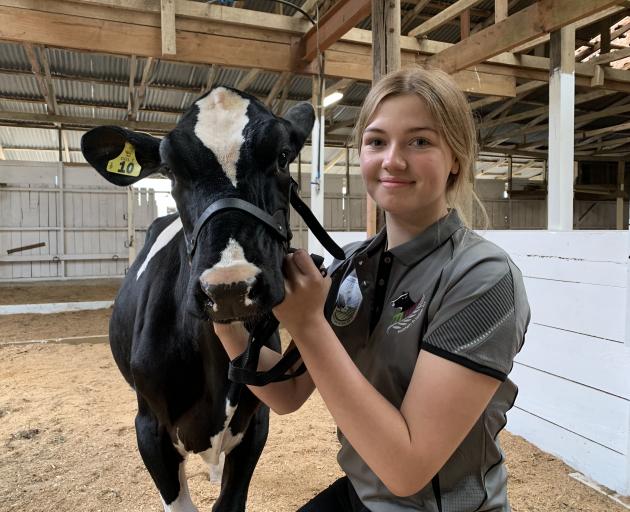 The Winton teen won the overall award for the best-presented heifer at the National All Dairy Breeds Youth Camp in Stratford, which ran from January 10 to 13.

She said it was her first time at the event and she had fun.

"I learned lots of new skills, which I’ll be able to use at future cattle shows.

"I have a passion for animal health and genetics and want to study to be a vet."

Each young person at the camp had their own heifer calf which they had to feed, groom, teach to be led on a halter and get show-ring ready.

Five Southland teenagers were involved in the event, out of a total of 23.