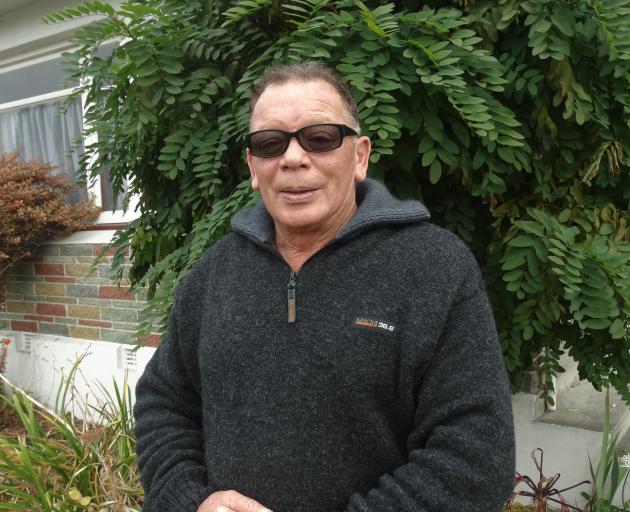 Tom Williams says his engineering background and testing over six years helped him come up with his biodigester system. Photo: Chris Tobin
An idea from the ancient Incas has inspired Waimate man Tom Williams to develop a system he believes could be an affordable solution for farmers dealing with dairy effluent.

''I was studying at Wintec in Hamilton and was looking at things about water and helping the environment,'' he said at his home last week.

His interest in water quality led him to read about the ancient Incas and their method of breaking down biodegradable material and then to look at anaerobic digesters being used around the world for this purpose.

''Some of them were good but they were so expensive, like around $100million.''

Over six years he worked on designing an anaerobic digester using his own engineering experience, trying ''to do it better.''

Tom Williams (right) with operations manager on the project, Matt Hinton, have linked up with a Chinese company to manufacture a mechanical anaerobic digester. Photo: Chris Tobin
He approached Callaghan Innovation and also aroused the interest of Massey University's Professor Benoit Guieysse, a specialist in environmental biotechnology, who has since become an adviser.

''I talked with him to confirm all I needed to do. I found I was spot on and it gave me the confidence to get things together.

''I tried to do it here (in New Zealand) but the cost is phenomenal so I made contact with people in China.''

He has entered into an agreement with Shenzhen Puxin Technology Co Ltd, of China, which builds industrial and domestic biogas digesters as well as sewage treatment systems.

His plan is for the company to make biodigesters in China and then, once brought to New Zealand, for him to make his modifications, which he is not revealing, to improve their efficiency as well as make them compliant.

''Because they're portable we've cut out the need for resource consents and building permits. It helps keep costs down.''

He is confident his system has the answer for farmers grappling with meeting environmental standards.

''When we put effluent in the machine, what comes up is methane gas; processed through the filter it comes out as biogas and can power a small generator for a milking shed.

''The byproduct which comes out at the end of it is organic fertiliser.

''I looked at how I could produce an environment-friendly system where the cost was realistic.

''We can take out the power bill and fertiliser bill for farmers.''

The system works with cow effluent flowing into tanks which is kept at a certain temperature for 24 hours and broken down.

''Each individual farmer could have one. I can't put a real price on them but just a ballpark figure is $200,000.

He has approached other organisations about his project, including MPI.

''The jumping through hoops is unbelievable. They say once you jump through the hoops we'll give you R&D funding.

''I bypassed them and sent my water samples (from a biodigester) to Hills Laboratory in Wellington [the largest water testing laboratory in New Zealand] and they came back saying they were better than drinking water.''

Hills Laboratory said they would not comment because of client confidentiality.

As to any possible doubters of his system, Mr Williams says,''I'll take them to China to show them how it works.''

He is confident his biodigester system will be successful and could be used by urban dwellers also.

He expected manufacturing to be done in China.

''It's our starting point. Once we get under way we will be able to do them ourselves.''