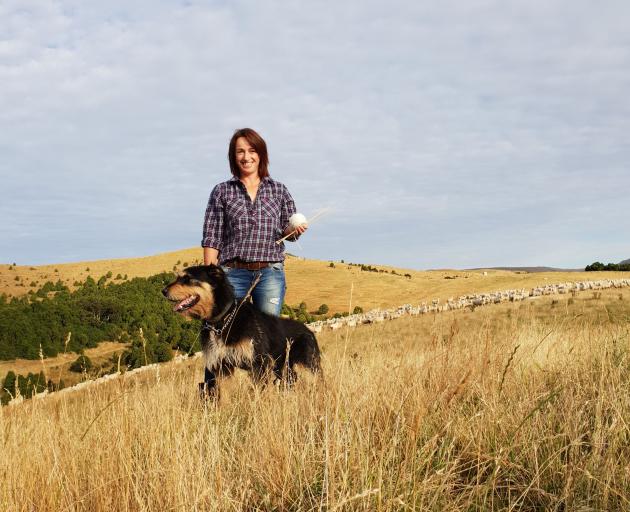 Andrea Bulleid and Bruce at home on the farm in Northern Southland. Photo: Supplied

That passion has led her to launch her own fledgling business, The Sheep’s Back, in a bid to promote the natural fibre and teach the art of knitting.

Mrs Bulleid and husband Chris, who have children Dylan, Gemma and Blake, farm sheep and beef at Longridge North in Northern Southland.

It is a third-generation family farm and they run 4500 Romney breeding ewes and 1200 hoggets in conjunction with a breeding and finishing cow herd.

They use wool wherever they can — from the carpet on their floors to their house insulation and their clothing.

They even use some in their dog kennels for warmth and comfort and occasionally as mulch around newly planted trees. 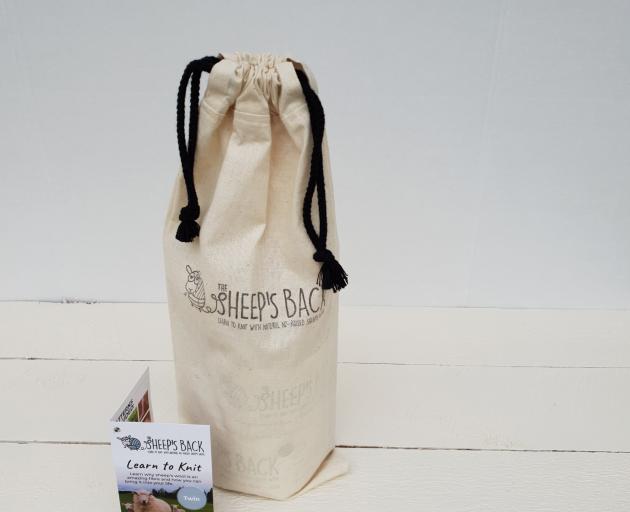 The Sheep’s Back knitting kits. PHOTOS: SUPPLIED
It has been a tough time for crossbred wool producers and, now there is no longer a wool levy, Mrs Bulleid saw a need to take ownership of the product and ‘‘do something positive’’.

Mulling it over, she kept coming back to wool education and how that was missing. Education usually started with children and knitting was the ideal medium for that.

‘‘I’m a farmer. I want our wool to be seen as a positive product and kids to know how to knit,’’ she said.

So she started The Sheep’s Back to teach the basics of knitting, providing kits using the the Bulleids’ own Romney lamb’s wool. The kits include needles, patterns and instructions.

Knitting used to be in classrooms — she remembered doing knitting projects — and that was where many children learned the basics of knitting.

But that had disappeared and, while there was probably the odd parent or grandparent passing it on, the skill was largely being lost.

There was research being done about the correlation of knitting as a hand skill and motor skill development that children got from it. So it was not just about doing a craft, it was also helping with motor skills.

Mrs Bulleid was also concerned about the ‘‘overuse’’ of technology. Children were losing the ability to do anything else so it was helping introduce a different hobby. Knitting was also very meditative and calming because it was repetitive. 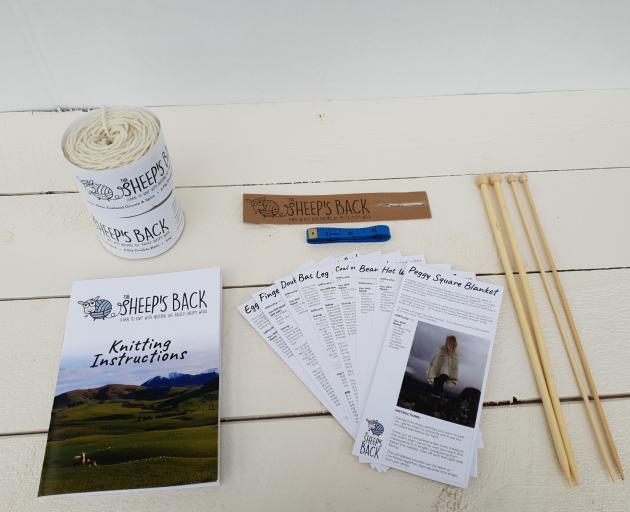 She attended the Gore and Lake Hayes A&P Shows and The Sheep’s Back had been well received.

At Lake Hayes, she met a teacher from Hawea Flat School who wanted to get knitting in the classroom.

From that, she had put together a special schools kit, which was a pared-back version of the kits she was selling online.

She was now running a pilot programme with Hawea Flat School and also her local school at Balfour to make sure it was right.

It was not that easy for a child just to sit down with the instructions and ‘‘have it all happen’’ so the ideas was that parents or helpers would assist at schools.

There were many people who wanted to share that skill; they just wanted somebody that wanted to learn.

While it was early days, having only launched earlier this year, Mrs Bulleid said with the feedback she was getting she needed to ‘‘keep going and keep at it’’.

There was no reason why the concept could not be taken to the world.

The teacher at Hawea Flat told her that all 25 children in her class were excited about the knitting programme.

Mrs Bulleid also wanted to make knitting in public ‘‘cool’’, whipping out her needles at the Gibbston Valley concert in January.

It was her mother, Janice Potts, who taught her how to knit. She was not an expert knitter, and tended to knit ‘‘basic stuff’’, more in winter.

Knitting did not have to be an all-consuming. She could knit in moments of downtime such as waiting for the school bus, when many people might check Facebook or do a Sudoku.

She was also selling natural dye kits; teaching people the basic concept of how to use natural materials, such as leaves, flowers, lichens and fruit and vegetables, to dye wool.

Some supervision was required and it encouraged children to get outside and get familiar with botany, observing what was available in their environment, and what was in season.

There was also the science that it taught about using mordants/tannins to make the colour bond with wool.