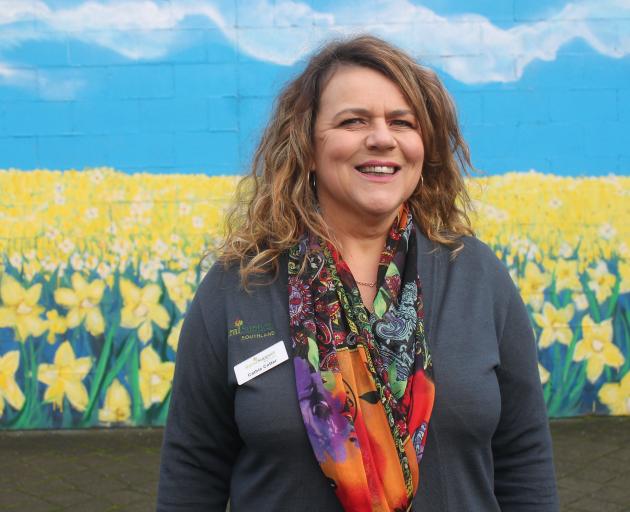 ‘‘Our role is to talk to farmers who are having some kind of stress and . . .to connect them with the right people to make a positive difference.’’

These could include various agencies, such as mental wellness providers, financial institutions and other rural stakeholders such as DairyNZ and Beef + Lamb New Zealand. ‘‘We are here to support all farmers [whether it be aquaculture or on the land] in Southland.’’ As part of its holistic approach, the trustees were also volunteers. Most have been through challenging times themselves, so could relate and understand when others were having difficulties, Mrs Cotter said.

It was about farmers helping farmers.

It had been a busy time for them and southern farmers with an ongoing chain of stressful events.

Not only did she have empathy for farmers, she also had farming experience as Mrs Cotter and her husband, Phillip, are former sharemilkers and also ran winter grazing on their Dacre farm, as well as operating a rock quarry at Mataura Island.

Although she was more than capable of operating machinery, she preferred more interaction with people.

Born and raised in the North Island, the Cotter family relocated to Southland in 2000.

‘‘We really love it down here. It’s a great place to raise kids.

‘‘Even when we have been away, we always think it is nice to be coming home [to Southland].’’

There was something about Southlanders, she said.

‘‘There is still respect in the community. . .a real community feeling, which is missing in a lot of other areas.’’ Mrs Cotter was previously the Dairy Women’s Network’s South Island regional manager for more than five years, a role in which she provided leadership, education and support to its members and branches.

Part of the role was identifying women who were leaders.

‘‘Women aren’t good at recognising leadership in ourselves. . .we are so used to being a farmer’s wife, but they are the ones who juggle everything — work on the farm, bringing up the kids, doing the books.’’

A registered nurse and former support care officer for the Cancer Society of New Zealand, it had been a year since she took up the reins as chairwoman of the trust.

Mrs Cotter was elected to the position in May last year after being a trust member for six years.

She ended her role at the cancer society at the beginning of September last year.

‘‘With a son at boarding school, and the farm at Dacre, and other commitments, I couldn’t be everywhere . . .and I couldn’t concentrate on everything.

The other side to the decision at the time was thinking how lovely it would have been to have the extra time.

But Mother Nature had other plans.

‘‘This summer had been a really lousy time for farmers . .. with so much rain.’’

Part of the trust’s role was working alongside Emergency Southland when there was a state of emergency.

‘‘We set up a base at Environment Southland [Emergency Southland] to work with them during the floods.’’

The Cotters had been on holiday in the North Island visiting Mrs Cotter’s parents when the Southland floods happened.

‘‘It got to a stage where I just had to come home [to Southland].’’

Potentially, there were 1100 affected farmers, she said.

It was a mammoth job finding out who were grassroot farmers and which farms were corporate farms. About 800 farmers were phoned to determine who needed help.

‘‘We had to identify the need, then triage it accordingly. Red meant they needed immediate help; orange, then green, with some moving into orange as the weeks progressed.’’

In early May, into week 14 of the state of emergency from this year’s floods in February, she said farmers were still cleaning up their properties, sorting their fencing and other work going into Covid.

‘‘I probably morphed into the Covid situation, as I was already regularly meeting with rural stakeholders due to the [ongoing issues because of the] floods.’’
She said 13 people in her team had put in 570 hours during the first month of the floods to assist with immediate help for farmers, as well as work with the Emergency Management Southland team.

‘‘It’s a lot of hours when people are still running their own businesses.

It’s also nice to be able to be here when people need us . . . most of us have had challenges.’’

During the Covid-19 lockdown, fences and lanes still needed to be repaired because of the February flooding.

‘‘Who was essential had to be determined. A fence can be used to isolate to contain animals, which could be an essential service.

Engineering workshops needed to be accessed for machinery breakdowns.

Matching the information to the farmer’s need, such as connecting them to farm consultants and financial institutions.

Physical help was one aspect, wellbeing was another essential part of the trust’s work.

‘‘Nothing is worse than being stuck in a dark place . . .wanting answers . . . it’s important to get people the right help they need.’’