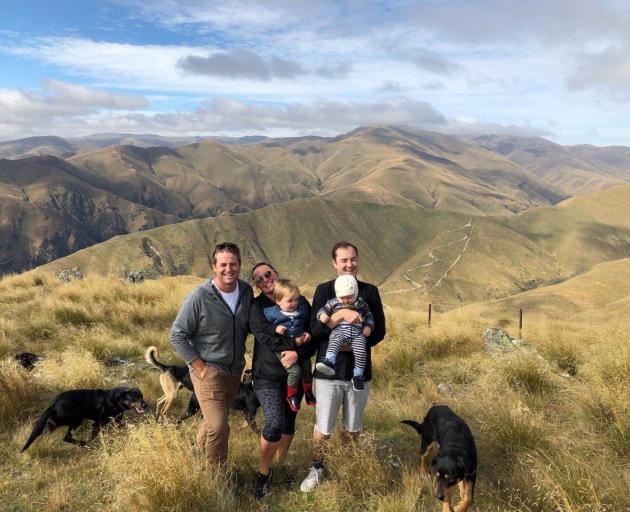 ‘‘My father tried various breeds in the past but we’ve found the Headwaters sheep is definitely superior for our type of farming. We’re very happy with their resilience and their performance. Then you have a whole other side, with the special qualities of the Omega lambs, the omega 3, the good intramuscular fats and the exceptional flavour and texture,’’ he said.

The 100% Headwaters flock was already established at Dome Hills when Mr Douglas returned to the station six years ago, following his university studies and then a banking career in New Zealand and London.

‘‘Most farm kids do stuff on the farm but I wasn’t interested when I was younger.’’ he says. ‘‘But eventually I realised I needed to make a decision about whether I wanted to be involved and the only way to make a qualified decision was to experience it. We came for a 12-month trial and we’re still here.’’

A steep learning curve ensued and being part of The Omega Lamb Project was a major part of that. David has been involved with the programme for about 12 years, initially attracted by the prospect of better performing hill-country sheep.

Dogs in the snow at Dome Hills Station. Photo: Supplied

Dome Hills Station has been in the family since 1919 and the land ranges from flat paddocks to steep rolling hills and mountains.

They have 7500 Headwaters ewes and 400 beef cattle. They are breeders and finishers and this year plan to finish 9000 lambs, including 4000 Omega lambs sired by rams from the programme, their highest number to date.

‘‘We are passionate about the programme,’’ Ben said. ‘‘Obviously, I came into it after my father but we believe that it has taught us to be better farmers.

‘‘Its a high-performing system

— chicory is a high-performance feed. Previously, we were not doing anything like the electronic ear-tagging, the lifetime traceability or the automatic drafting. The lamb’s weight is recorded every time they come through the yard.

‘‘There is also a huge body of work behind The Omega Lamb Project, so much scientific studies have been done. There is no way you could gain all that knowledge as individual farmers but that all comes as part of the programme. All the work is done, so you benefit from that.’’

Ben said the chicory clover mix was very good feed, their lambs responded well to it and they were growing it successfully on a dry land farm, without irrigation.

‘‘I would absolutely encourage other farmers to find out more about the programme and consider being part of it,’’ he says.

‘‘For us, it is about sheep that are resilient and performing well under tough conditions but the paddock-to-plate relationship you have through the programme is very important too.

‘‘Farming is hard work. There are a lot of challenges, so it helps to be producing something where you know where it’s going, and which is building a reputation as an exceptional New Zealand product.’’