Plenty of buzz about NZ beekeeping 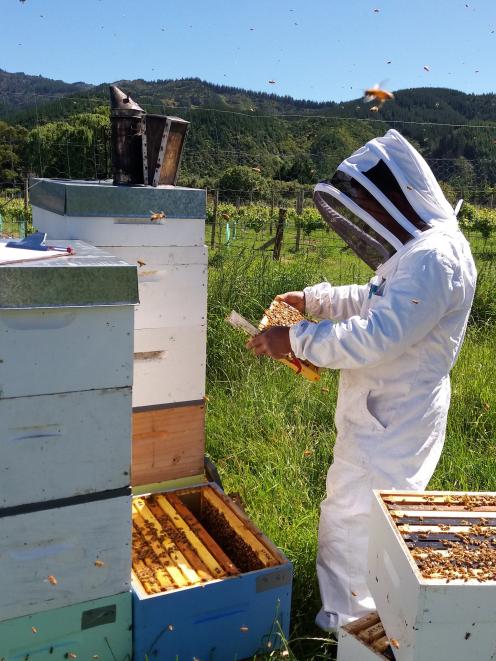 Consultant Gertje Petersen, from AbacusBio in Dunedin, is working with commercial beekeepers to develop the industry.

She says beekeeping is in a special position here, being relatively well-structured compared to the equivalent industries in most countries.

That’s due to approximately 45% of the almost one million beehives in New Zealand being run by just under 50 operators. While there are close to 9000 registered beekeepers, many are small operators with just a few hives.

‘‘It means that if you want to achieve something in commercial beekeeping, it’s relatively easy here,’’ Petersen says. ‘‘You need to find the decision makers and convince them, but the group of people is very small.’’

At present commercial beekeepers are not unified to the same extent as other primary producers and therefore don’t have a great deal of influence over decisions made for the industry.

A prominent example of this was the scientific definition for manuka honey introduced by the Ministry for Primary Industries in late 2017. This regulatory change has had a huge impact on the manuka honey industry due to restrictions on how honey can be blended.

But beekeepers were not in a position to have any influence over how the new regulations were developed. Petersen is hoping to change that.

One initiative that she is involved in is the FutureBees programme. This honeybee breeding research coalition is led by Prof Peter Dearden, of the University of Otago, with AbacusBio as the operational lead, while AgResearch (Invermay), Plant & Food Research, the Cawthron Institute, and five beekeeping operations are also involved.

FutureBees is a five-year project until the end of 2022, and was largely shaped by the insights gained during a PhD in genetics that Petersen undertook after moving to Dunedin in 2013.

‘‘Peter [Dearden] was one of my PhD supervisors, and my PhD helped us understand what FutureBees would have to look like,’’ she says. ‘‘We went in with some very naive assumptions about the type of information [commercial beekeepers] collected, because almost all of it was on apiary site level, but not on an individual hive level. So there were a lot of operational walls we hit during my PhD that we didn’t have to hit with FutureBees.’’

Funded by a Ministry of Business, Innovation, and Employment grant to the tune of $6.4 million, FutureBees ultimately hopes to ‘‘improve New Zealand’s honeybee stocks through science and industry cooperation’’.

It’s precisely the intersection of business and science that Petersen hoped to be at when she arrived at AbacusBio six years ago.

The work that she is doing towards the genetic improvement of bees for AbacusBio is unique internationally. While there is work being done elsewhere, most of it is very narrowly focused, and involves only small populations of bees.

FutureBees’ approach is working towards something that can be applied industry wide. But as it doesn’t own its own bees, or do its own experiments, there are certain challenges. Primarily, gaining the buy-in of beekeepers.

‘‘You need to work with them,’’ Petersen says.

‘‘You need to hold still and keep trying to probe out what are the options, what are they’re willing to use."

Unlike other livestock industries, there are logistical problems which make the gathering of pedigree information impractical, if not impossible. One specific factor is that queens mate high in the air, where they are unobservable. But behaviour in the colony is observable, and provides useful data.

The frustrations of trying to gather information from honeybee colonies is one of the problems that she is working with beekeepers to overcome. A new semi-automated data collection system is being implemented in the form of an app where beekeepers can log their observations, and will be an improvement on the previous paper-based system.

‘‘We’re hoping that by the end of the FutureBees project we’ll be able to take the automation further and use remote monitoring of hives to generate phenotypes in the field,’’ Petersen says. ‘‘So all the beekeepers will have to do is check on them, and see if the queen is still there and maybe record their temperament.’’

Due to the gradual nature of genetic improvement, an important aspect of the work is communicating with beekeepers.

‘‘We’re always reiterating that it is for long term gain,’’ Petersen says. ‘‘So it’s reassuring them that what they’re doing hasn’t produced visible results yet, but it has changed a lot about what we’re doing in the background.’’