Quality control everything for Cairns 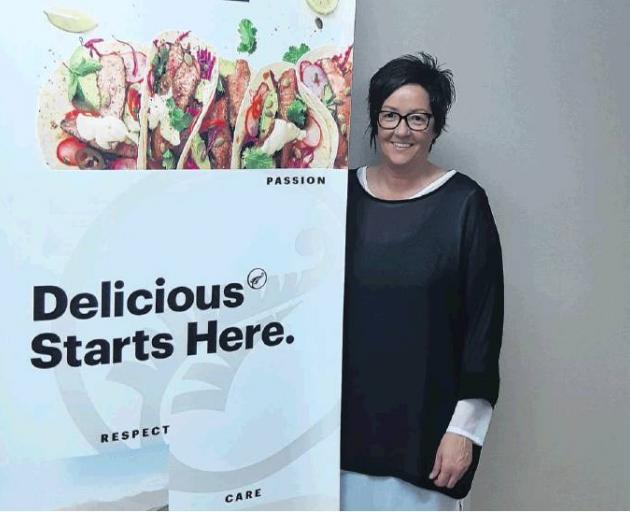 Brownyn Cairns has been at Silver Fern Farms Waitane plant since 1992, and has been plant manger since 2017. PHOTO: SUPPLIED

During 28 years at Silver Fern Farms’ Waitane plant, Bronwyn Cairns has gained a wealth of experience, and witnessed a lot of change.

Now the plant manager at the facility just south of Gore, Cairns has worked through the ranks at Waitane. She started in quality control in 1992, subsequently moving on to technical officer, technical manager, and production manager, before taking the reins for the entire sheep and beef processing operation in 2017.

Cairns says it’s been a lucky career progression, with the technical experience remaining of particular importance.

As plant manager, hers is a broad ranging and constantly challenging role. Cairns says it involves providing leadership, while also championing health and safety quality, operations performance, the culture, and streamlining.

‘‘The biggest challenge is to be able to adjust and respond to market and supply challenges,’’ she says. ‘‘And to ensure that health and safety strategies are met. And making sure that we have the right people in the right places to ensure that what we produce is produced to the highest level possible.’’

Cairns’ first job in the industry was as a laboratory technician for Southland Frozen Meats Company in Mataura where she started in 1984.

After five years there she embarked on her OE, returning to these shores in 1992. The plant in Waitane was then called Waitane Meats Limited, before coming under the PPCS banner, which evolved into Silver Fern Ferns in 2009. The plant employs up to 230 people from the tight-knit Eastern Southland community.

‘‘We have a really great culture here,’’ Cairns says. ‘‘Everybody is wanting the best, we have embedded ourselves in Eastern Southland, and we’re a really good employer. We want to stay here, so everybody has that same goal.’’

In the competitive red meat industry, quality control is everything, and Cairns says that it’s emphasised at every opportunity at Silver Fern Farms’ Waitane plant. The maxim ‘‘production done safely to a high standard’’ appears on every noticeboard and in every newsletter.

As a consequence, the plant’s employees are proud of the Silver Fern Farms brand, which was voted New Zealand’s most trusted meat and poultry brand by consumers in the 2016 Most Trusted Brand survey.

‘‘Quality control is huge in everything that we do,’’ Cairns says.

‘‘Everybody, including myself, is proud to be part of the company purpose, which is to add value to New Zealand’s natural grass-fed red meat by being the first choice for people who care about food.’’

She adds that it feels ‘‘amazing’’ to think of the products they produce in Waitane being consumed around the world.

With a teenage son, outside of work Cairns’ life is family-focused. She says while trying to achieve a work/life balance is important to her, it doesn’t always work out that way.

But working with a team at the Waitane plant who are passionate about what they do makes a huge difference to her job.

‘‘I’d be lying if I said it’s all smooth sailing, but actually it’s a really nice place to get up and come to work every day,’’ Cairns says.