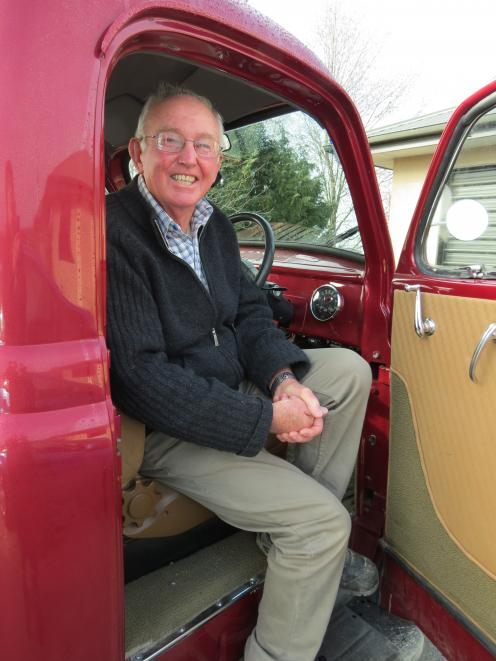 Horticulture consultant Earnscy Weaver, of Springvale, was awarded a life membership of Horticulture New Zealand last month. Photo: Yvonne O'Hara
Earnscy Weaver has been a familiar figure in the Central Otago horticultural scene all his life.

His contribution as a consultant, research liaison officer, industry body board member and leader was recognised when he was made a life member of Horticulture New Zealand at its conference last month.

However, he was in the United States talking to orchardists about recent developments with cherries, and will receive the award later.

He was delighted with the honour and was pleased as it also acknowledged the support of his wife Irene and family.

They have five daughters and seven grandchildren with another on the way.

''We are all pretty close and the girls are doing some great stuff,'' he said. ''They have their mum's brains and a bit of their old man's cunning.''

Mr Weaver, one of six brothers, grew up on an orchard in Earnscleugh, from where his interest in horticulture, new fruit varieties and orchard management originated.

He is a consultant with his own company, Weaver Horticulture Ltd, has served on the district and regional fruitgrowers' associations, is a member of international fruit-related organisations and is also a Summerfruit New Zealand director, chairman of the SNZ research and development committee, and trustee of the New Zealand Fruitgrowers Charitable Trust.

He will be stepping down from both Summerfruit New Zealand roles at the next annual meeting.

''I've been through the corporate stuff and now have just come back to grassroots,'' Mr Weaver said.

One of the industry awards he treasures is the 2011 Agmardt Technology Transfer Award.

Mr Weaver moved to a 5ha block in Springvale, about three years ago, where he planted 2ha of Centennial and Lapins in a UFO (Upright Fruiting Offshoots) growing pattern, along wires.

''The UFO system means better light interception, better spray access, the crop is easier to pick and easier to manage and there is a more consistent fruit quality,'' he said

''I've decided not to go for yield, but rather focus on fruit quality with bigger fruit and more money.''

He is not planning to harvest this season, but next year he expects 11 to 15 tonnes per hectare.

Mr Weaver is on the board of newly launched Apricot Co, which is a new Summerfruit New Zealand owned, grower

co-operative company, which will give growers control over management, marketing and grade standards of the new varieties.

He is also a dedicated curling enthusiast with several trophies on his cabinet.