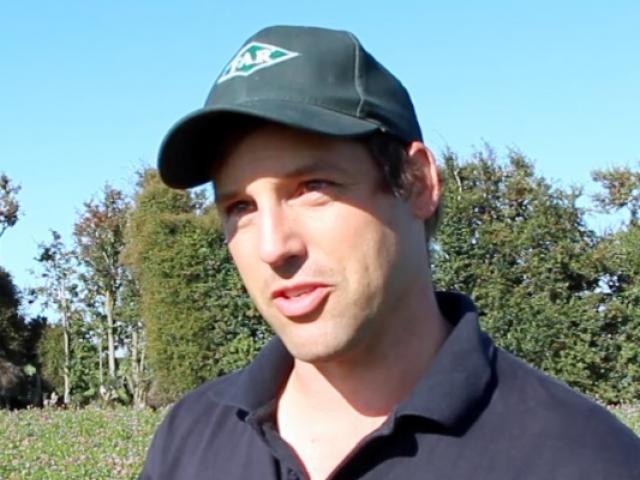 Richard Chynoweth
Stem rust infection starts on the leaves and in warm wet conditions it can quickly spread.

It can go from being virtually undetected in a field to being simple to spot.

Foundation for Arable Research’s (Far) Richard Chynoweth pointed out the key findings to date at the arable research in action event at Chertsey recently.

Stem rust of ryegrass and tall fescue is caused by a fungus (Puccinia graminis subsp. graminicola).

In New Zealand stem rust can cause yield reductions of up to 66% in turf type perennial ryegrass, whereas the New Zealand bred forage types are some of the most tolerant cultivars known globally.

“If you have warm wet mornings and warm wet nights you will see it take off,” Mr Chynoweth said.

Its pathogen overwinters in ryegrass and tall fescue populations, either in last season’s crop or on weedy areas such as lane ways or roadsides.

He said early-sown crops were likely to be at higher risk than late-sown crops because early autumn infection created a greater potential for severe disease outbreaks in the following spring and summer.

Growers commonly see the first sign of stem rust in December following spike and stem emergence, and infections can develop rapidly. It develops more quickly as the temperature increases.

The secondary spread of urediniospores happens during spring and summer through wind, or plant-to-plant contact.

Trials into the treatment of stem rust are ongoing, but two seasons of Far-funded trials had demonstrated seed yield increases followed the addition of a triazole fungicide (either Proline or Opus) to Moddus — as it gave early season control of the pathogen — as opposed to enhancement of Moddus activity. Whether applied as a tank mix or with a seven-day gap, disease control, lodging control and seed yields were the same.