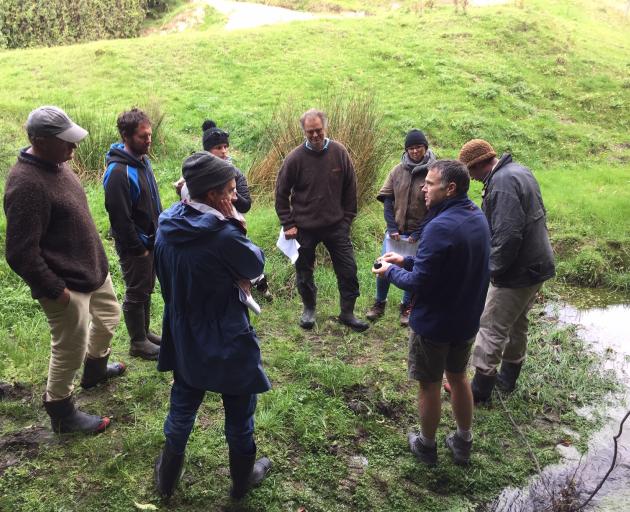 Post Quake Farming project manager Michael Bennett said trees could be a game changer for many farms, after the earthquake made large chunks of land unable to be farmed.

It was about planting ''the right tree in the right place''.

Farm forestry was a serious option given the Government's One Billion Trees initiative and the options of either harvesting or carbon credits, but there was much to consider, he said.

''They could go into carbon forestry, but there are community consequences because it's a permanent carbon forest.''

A two-day four-wheel-drive tour is being planned in the Flaxbourne area near Ward next month to view multiple sites to explore the potential for farm forestry.

Plant & Food Research scientist Dr Brent Clothier will be back in the area to help complete some horticulture suitability assessments, with workshops being held in the Ward-Flaxbourne area on September 23 and at Culverden the next day.

The Culverden day will begin with a session at the Culverden Rugby Club rooms from 10am, and Plant & Food will give a debrief at a trial site on Ngai Tahu's Balmoral farm.

''Ngai Tahu has been planting all different tree crops, including fruit trees, apples, hazelnuts - all sorts - so this will be opportunity to look at taking that next step,'' Mr Bennett said.

''It's an opportunity to connect with farmers in the Amuri Basin and in our project area with the work Ngai Tahu is doing. If they really look at getting into apples, I would like farmers to be able to be part of it.''

Mr Bennett said he had initially thought horticulture was ''a real long shot'', but was pleased to see farmers taking an interest in it.

''I thought it was something really long term, something they could put in their back pocket, but there seems to be quite a few who are interested in getting into it.''

Given the uncertainties around nutrients and the risk of drought, getting into some form of horticulture was worth considering, Mr Bennett said.

''Droughts are a huge issue in this area. The earthquake was very distressing, particularly the loss of road access, but the drought devastated the whole community across hundreds of farms.

''The only way to protect themselves is through irrigation, but the remaining opportunities, such as water storage, is high-cost, so how do you make that pay?

''But there are also questions around nutrients, and horticulture is a way to use irrigation with virtually no nutrients, so there's reasons why horticulture should be looked at, but it has really high conversion costs.''