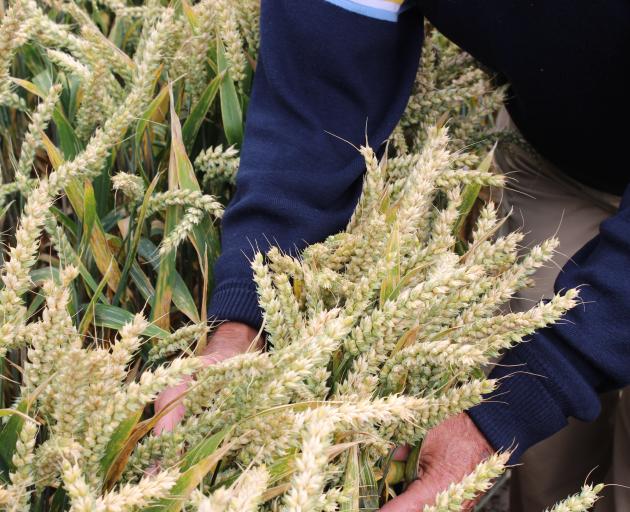 Growers believe the total amount of harvested milling wheat was back 35%, but feed wheat was up 4% during a damp harvest. PHOTO: LAURA SHIPLEY
Arable growers have confirmed that cereal grain yields are down after wet weather put a dampener on the harvest.

The latest Arable Industry Marketing Initiative (AIMI), which surveyed 141 growers in April, shows harvest yields were behind overall by 4% across the six cereal crops, compared with last season.

Tonnages were back 35% for milling wheat, 29% for malting barley and 16% for feed oats.

However, the decline was flattened out by gains for feed wheat, feed barley and milling oats.

Overall, more tonnage was collected, but that was because more hectares were planted in crops.

Unsold feed wheat from the harvest is up 18% on this time last year.

However, unsold feed barley is down 21% and milling wheat is back 23%.

Autumn and winter sowings of feed wheat are predicted to be similar to a year ago, while feed barley is expected to be up 20% — with an additional 3000ha.

Milling wheat and malting barley sowings are expected to be down 16% and 61% respectively with both back by 1000ha, milling oats down 430ha and feed oats down 160ha.

The 2021-22 season started off with generally dry and warm conditions last year across all regions for autumn sowing.

Soil moisture levels bounced back over winter, although heavy rain led to flooding and moisture issues for newly established crops and further sowing.

Heavy rain continued in December and February, including two tropical cyclones, and flooding to parts of the upper South Island and lower North Island.

This brought late-season disease and disrupted the harvest, ultimately lowering grain quality and yields in many locations of the lower North Island and Canterbury.

Southland managed to avoid much this for a timely harvest and some good yields.

AIMI figures estimate the big drop in harvested milling wheat left a tonnage of about 66,700 tonnes compared with last year’s 103,400 tonnes harvested. Nearly 70% of this has been sold with much of it still stored on farms. That leaves about 21,000 tonnes of unsold grain with only 100 tonnes remaining from the 2021 harvest.

About one-third of the feed wheat had yet to be sold from the larger harvest of about 352,000 tonnes — up 4% — with the rest signed up to buyers.

About 16% of the total malting barley harvest was unsold, while milling oats had 39% unsold and feed oats 19% unsold, as at April 1.

For all six crops, unsold stocks carried over from the 2021 harvest were at an extremely low level.