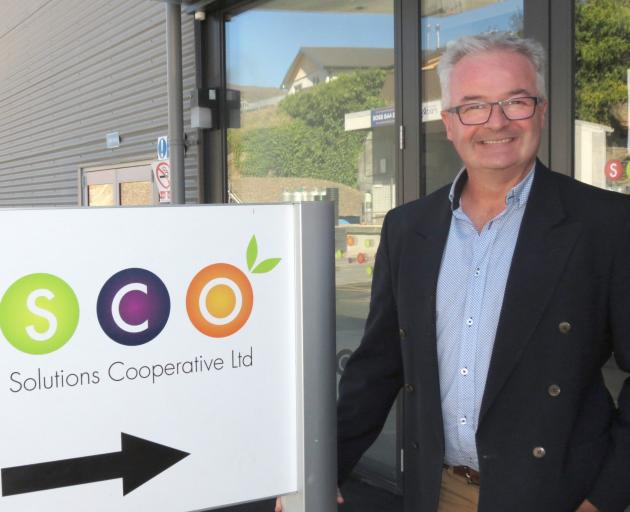 Seasonal Solutions Co-operative’s new chief executive, Shaun Fogarty, brings a wealth of experience to the position. PHOTO: TRACIE BARRETT
Royal New Zealand Navy Captain Shaun Fogarty, who just last month was serving as Defence Adviser for Australia and India, based in Canberra, is becoming accustomed to being a ‘Mr’ again in his new role in Alexandra.

He resigned from that position, his final in an impressive military career, a year early to take up the role of chief executive officer at Seasonal Solutions Co-operative (SSC), which provides seasonal and permanent workers in the horticulture and viticulture industries.

Mr Fogarty, in his early 50s, was drawn to the job both for its nature and its Central Otago location.

He and his wife, Felicity, have for 10 years owned the historic stone cottage that was once Belfast Store under James Hazlett, the second mayor of Dunstan.

"My wife and I have always been passionate about coming here long-term beyond the military," he said.

The co-operative nature of SSC, which has 65 shareholders, mainly in Otago with a small number in Canterbury and Marlborough, was another attraction.

"I love the idea of a co-operative and the collective will of a group of growers that are really delivering to the prosperity of New Zealand."

He also had a wealth of experience in the Pacific, deployed to Timor Leste to monitor the 1999 independence referendum, and returning there as an operational planner during the 2006 crisis.

He said he was attracted by the RSE scheme, under which SSC employs 1140 workers across 12 months.

"I’ve seen the benefit it brings to societies," he said.

Not only is SSC the employer for these workers, but they look after their pastoral care.

Lately, that has included dealing with the effects of the Covid-19 Omicron variant on workers.

"We’re getting a steady drumbeat of workers getting Omicron and having to isolate in bubbles," he said.

This was made easier because teams lived and worked in bubbles, and testing was immediate if anyone showed any symptoms that could be Covid.

As harvest for the 2022 vintage ramps up across Central Otago vineyards, isolation is one more labour issue, alongside the lack of backpackers on working holiday visas who would normally be available to pick.

There was great support from locals in the region, Mr Fogarty said, but there were real shortages still.

"It’s a great season in terms of growth, but with labour shortages, some fruit won’t get picked."