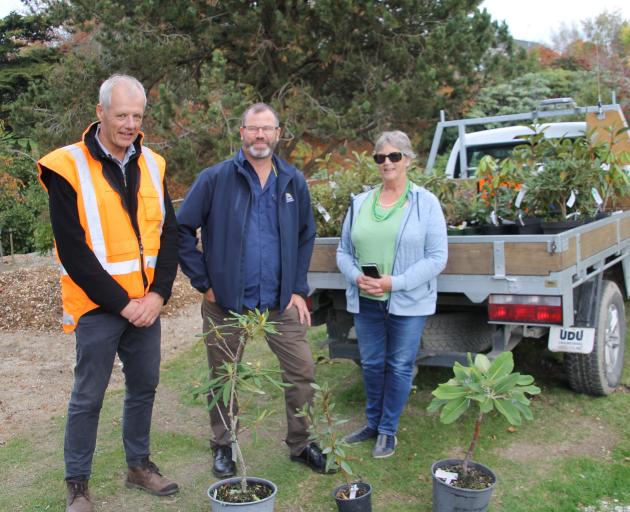 Forty species ranging from small shrubs to trees were planted there earlier this month as part of a programme to safeguard the Pukeiti Rhododendron Trust’s world-renowned collection in Taranaki.

"That means there’s less than 10 in their natural habitat.

"Rhododendron is one of the most endangered plant genuses in the world ... What we’re doing in partnership with the Gore District Council, is the ones that like cold climates and a lack of humidity in the summer, we are planting down here."

Council parks and recreation manager Keith McRobie said it was a "feather in the cap" for the council that Bannerman Park had been chosen as a location for the trust’s rare plants.

It was one of only three South Island sites selected.

The park’s microclimate was ideal for rhododendrons.

"They like a temperate, cool climate with good moisture levels.

"Climate change and the loss of natural plant territory in China and Nepal mean it’s increasingly important to have endangered plant species thriving in different locations."

"Garden tourism is a thriving niche market. I wouldn’t be surprised to see our gardens attracting more and more visitors to the area."

The council would plant 22 additional species from Blue Mountain Nurseries to complement the trust’s collection.

The nursery propagated many of the plants from seeds sourced during trips to China and the Himalayan region.

She said it was very significant for ensuring the survival of rhododendron species.

"If anything happens, Andrew can get cuttings or propagation material from here."

She looked forward to returning to Gore in November, when the association held its annual conference in the town.