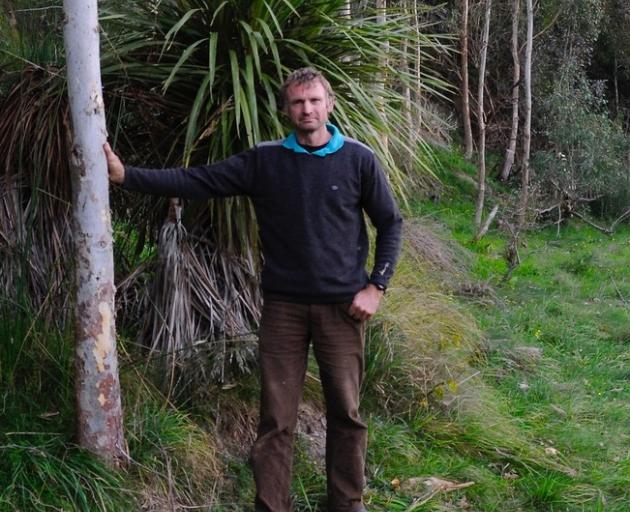 Gary Fleming is keen to promote more durable timber, such as this Eucalyptus argophloia tree. Photo: Shelley Topp
Gary Fleming’s efforts to advocate for the value of eucalyptus trees has been recognised.

‘‘It’s a good award to get, as it takes a fair bit of dedication,’’ Mr Fleming said.

‘‘There’s a lot of people in the South Island who grow trees and anybody in farm forestry can apply for it.’’ 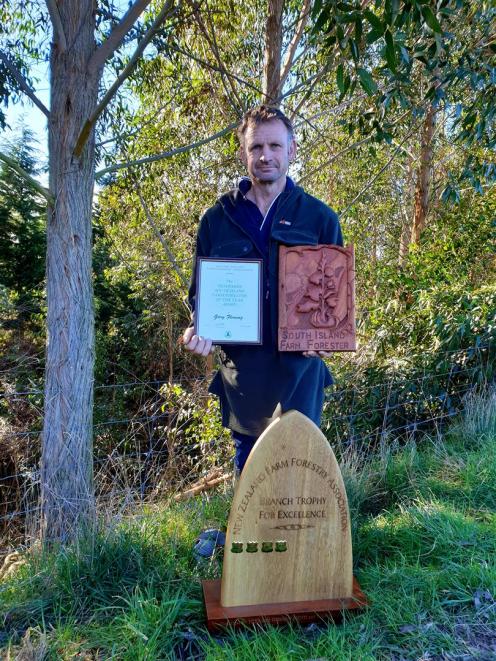 Gary Fleming proudly displays the South Island Farm Forester of the Year trophy and the branch trophy for excellence which he brought back from the New Zealand Farm Forestry Association conference in Rotorua this year. Photo: Supplied by Gary Fleming
The North Canterbury branch chairman was nominated by his branch committee earlier this year, after missing a meeting due to illness.

Mr Fleming brought two trophies back from the conference, after the North Canterbury branch won the best branch award.

He was elected branch chairman this year after serving 15 years as secretary. He has also been secretary-treasurer of the Eucalyptus Action Branch for 10 years.

‘‘I’ve been a member for over 30 years. I joined the farm forestry association when I was only 17.

‘‘Growing trees on-farm has always been a passion of mine.’’

He farms 100ha at Mt Grey, on the edge of the Ashley Forest, near Balcairn

The farm has been in his family since his great-grandfather bought it in 1917, and he now runs 500 ewes and 150 hinds.

About 15% of the farm is planted in trees and, following a large harvest and the windstorm in 2013, Mr Fleming was gradually replanting in eucalyptus and cypress trees. He also grows Paulownia, which is used as a component for polo mallets.

‘‘The pines have done a good job and built up the soil, but they don’t grow what I would call a quality timber and it has to be treated.

‘‘The real cost comes afterwards as offcuts have to be disposed of, and it will be more expensive to get rid of old houses in the future because of the chemicals.’’

He said eucalyptus and cypress timber was ‘‘naturally durable’’ and better for the environment.

‘‘Most of our radiata pine goes to China for boxing around concrete and then is turned into firewood, or it is turned into paper, so it’s just carbon released back into the atmosphere.

‘‘But if it becomes a permanent structure like a house, it can stand for 100 years.’’

Mr Fleming said planting trees provided an income source on land ‘‘where you can’t get the tractor over’’ and they provided shelter for sheep put among the trees during lambing.

Farmers who planted trees could get an income either from harvesting or from carbon credits.

It benefits from a close association with the University of Canterbury’s school of forestry. 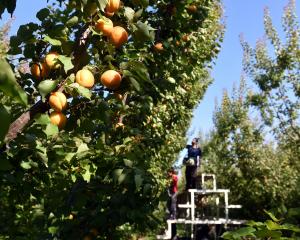