Charlotte Connoley likes nothing better than getting back to her rural roots.

As well as catching up with Kurow-based family, it was also an opportunity to share a taste of her own farming upbringing with her two preschool-aged sons.

Whether getting them in a woolshed or shifting sheep, it helped give them an understanding of where their food came from and how it was produced, Mrs Connoley (39) said.

She has forged a career in food production, managing the seed sales arm of South Pacific Seeds, which imports  vegetable varieties and sells them to commercial growers and nurseries both in New Zealand and the Pacific Islands. 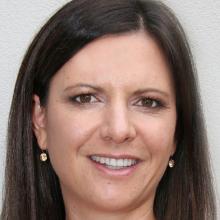 Charlotte Connoley
That has involved working with breeding companies throughout the world, selecting new vegetable varieties, importing samples and running trials on-farm with growers throughout New Zealand and then assessing the seeds’ merits and whether there is a market for them.

Based in Pukekohe, she was a long way from the Hakataramea Valley, where she grew up on a sheep and beef farm, she said.

Farming was a strong interest from an early age and, if the timing had been different when her parents, Jim and Gill Meehan, sold their farm in the valley, she might well have  embarked on a hands-on farming career.

But she was at Lincoln University at the time and it turned out  she embarked on a different pathway while remaining in the primary industries.

Initially, she was  interested in the wine industry, which was starting to "take off" in New Zealand.

With a desire to do an honours degree, she completed a horticultural science degree. Her honours project was on olive oil quality in New Zealand, and focused on the similarities between olive oil production and the wine industry in terms of tasting and sensory analysis.

That year, she was invited to be an associate judge for the New Zealand Olive Oil Awards and she has since regularly judged the awards.

In those early days, it was such a fledgling industry that it was a "little bit niche and hobby-like", she recalled.

Olive tree plantings were developed on lifestyle blocks but often the wrong varieties were planted and there was little knowledge.

Now there was so much more technology and knowledge around selection for regions and production, Mrs Connoley said.

She had retained an interest in olive oil throughout her  career with South Pacific Seeds, she said.

She served on a sensory panel based out of Plant and Food Research that was accredited with the International Olive Oil Council and was able to determine whether an oil had extra-virgin status.

She had also appeared on consumer watchdog television programmes Target and Fair Go, blind taste-testing imported and New Zealand oils. This year, she was invited to judge at the Australian International Olive Awards for the first time.

Just like wine, olive oil styles varied according to region and she described New Zealand oils as "exceptional".In New Zealand, locally produced olive oil was seen more as a luxury item,  given its price, but it was  a far healthier and better proposition than  imported olive oils, she said.

Charlotte Connoley at a field day for Tongan customers and the Tongan Government. Photo: Supplied
Many consumers did not realise that some of the imported oils were potentially rancid when they arrived in New Zealand.It was not known how long it had been since they were pressed and the conditions they were stored under, she said.

She joined South Pacific Seeds straight from university, initially as a research agronomist doing trials of vegetable seeds and then in a sales representative role.

At just 24, she was appointed to what was a management position in  a very male-dominated industry.

While she had been young and inexperienced, with a lot to learn, particularly around human resources and managing people, she had had great support from the parent company  in New South Wales, she said.

South Pacific Seeds — which also has a production company based in Methven — is one of the main players in the  New Zealand vegetable seed market.

She said the company took a "whole-chain approach", working not only with growers and processors, but also supermarkets and the food service industry.

Effectively, it was selecting vegetables that  people would be eating in two to five years’ time. The company could not afford to choose a blue tomato variety when the consumer wanted orange ones,  so working withsupermarkets and the food service industry to understand what consumers wanted was key, she said.

Food trends were watched closely — kale was "the thing" for a while but now it was microgreens that were in vogue.

Herbs were "going crazy" as more people appreciated the benefits of adding herbs to their meals.

Change was constant; snack-types of tomato had become a lot more popular, there was the value-add approach with the likes of bagged salads and shelf-life was hugely important.

Mrs Connoley said she was expecting some new melon varieties to come on the market, as honeydew melon was no longer popular as it was hard to assess its maturity.

Many of the harvesting crews  were made up of backpackers and transient workers, who were often unable to judge maturity, leading to unripe fruit on the market.

Biosecurity was a major focus for the company and she was hoping for a closer relationship between the New Zealand Grain and Seed Trade Association’s executive and the Ministry for Primary Industries.

About 98% of the vegetables consumed in New Zealand came from imported seed and it was vital  those in government understood that, she said.

There was a lot of talk about food security and a focus on the quality vegetable-producing soils around towns such as Pukekohe where urban developments were encroaching.

While that was a major issue, if there were no seeds to grow the crops then it did not matter about the soil, she said.

The last thing she wanted was for a biosecurity risk to be imported but it was about finding that commercial balance.

The next topical issue likely to arise would be gene editing and New Zealand would have to consider what its position was, particularly if global breeding partners decided to adopt it.

She was delighted to be the first woman in the New Zealand Grain and Seed Trade Association’s 100-year history to be elected  to its executive, she said.

While a strong believer that it was about having the knowledge and skills for the job — rather than gender — it was good to have that diversity.

Consumers had a lot more interest in the origins of their food, and the Christchurch earthquakes, and subsequent disruption of the supply chain, were a wake-up call for many.

There were a lot more corporate growers in the industry now.  When she first started, the company had about 6000 customers; now it had about 1500.

There  had also been a proliferation of growers who had created niche markets, supplying the likes of high-end restaurants and farmers markets.

Growers in the horticulture industry were not good at saying  they did "a bloody good job". There were many "cool things" going on in the sector, whether it was integrated pest management or using beneficial insects, that largely occurred under the radar.

The biggest issue was attracting people to the industry at all levels — from tractor drivers to scientists, marketers and sales representatives.

But it was a fascinating industry to be involved with and people had to eat, so producing healthy food was the aspect she particularly enjoyed, she said.

"It’s pretty hard to give veges a bad rap."