Shortfall of tractor drivers a concern 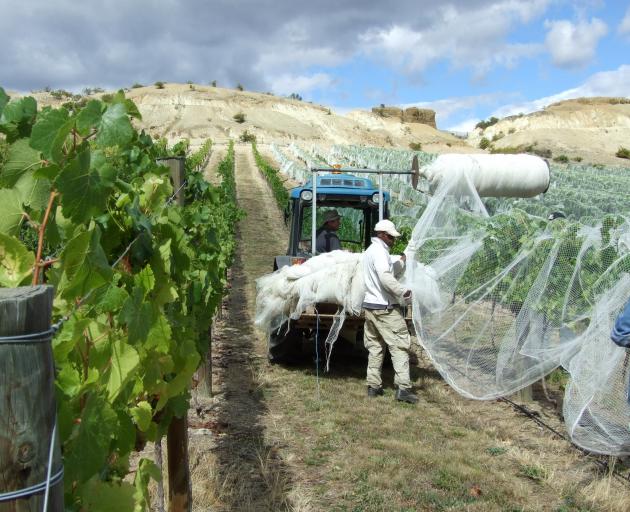 The three-year programme provides on the job training and support for 100 new horticulture and viticulture apprentices, and was launched last month.

It is supported by New Zealand Winegrowers, Primary ITO, the Ministry for Business Innovation and Employment (MBIE) and the Ministry of Social Development (MSD).

He said tractor drivers could have work year round in the area's vineyards as there was always something to do.

''They work on a whole range of things,'' he said.

He said many workers had stopped following the seasonal work and have settled down, so it was becoming more important to find a source of trained local people

''Right now there is not a huge amount [of people with the skills needed],'' he said.

He knew of three or four companies looking for tractor drivers at the moment and demand would increase during the season.

In addition to an apprentice, Mr Dicey also employs former farmers, including an 85-year-old from the Taieri.

They could ''turn their hand to anything'' and were excellent tractor drivers.

He said the sector contributed more than 20,000 jobs to New Zealand.

''Exports are trending upwards. We are the third biggest exporter into the USA after France and Italy. There's never been a better time to pursue a career in wine.''

Carrfields Irrigation group manager Brendan Hawes said there was a shortage of irrigation technicians nationally, including in Central Otago, which tended to be more expensive to live.

''It is a good industry to work in and offers a wide range of benefits, including working outside and working with pivots, in vineyards and on orchards,'' he said.

''However, we find it hard to attract good, fit and able people to the industry and keep them in.

''It is a nationwide issue.

''There is a need to attract people to the industry and it is something of an on-going challenge.''

He said Irrigation New Zealand planned to introduce a new apprenticeship programme specifically for those in the irrigation field next year.