Helen Barnes of industry organisation Tomatoes New Zealand said it was possible that winter tomatoes would soon not be available in some areas. Photo: Reuters
Parts of New Zealand might soon struggle to find tomatoes in winter.

Much of the South Island's supply is grown in glasshouses heated by coal-fired burners, while gas-fired burners, diesel units or geothermal power is used mainly by North Island growers.

Carbon unit prices reached an historic $30 a tonne this week, in a market response to government changes in the pricing.

Helen Barnes of industry organisation Tomatoes New Zealand said it was possible that winter tomatoes would soon not be available in some areas.

"That could be a real possibility. Some analysis we've done shows growers will start to cut back on heating which means they'll be unable to produce through the winter, particularly in the cooler South Island."

Christchurch grower Greg Mundy of Castlerock Orchard was among them. 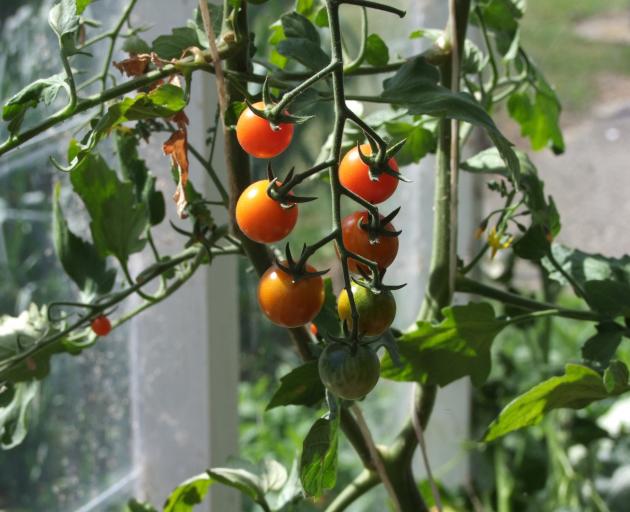 The business runs five or six different coal-heated greenhouses - the largest about a hectare in size, plus smaller plastic tunnel houses.

At the moment, it spends a couple of hundred thousand dollars on coal each year, on which their carbon credits were based against annual crop yield.

"It will price itself out and come down to whether we switch to growing cold, in which case we don't grow through the winter at all," Mundy said.

Barnes said the industry had been seeking government help with transitioning to cleaner fuels, but a solution was taking a long time.

"At the moment they don't really have an option in the South Island because they can't heat with gas so coal is the only way to go.

Minister for Climate Change James Shaw said agencies like the Energy Efficiency and Conservation Authority (EECA) had a fund to assist companies to switch to cleaner technology, which was available.

"We also have Green Investment Finance Ltd - the fund we set up fairly recently, and the job of which is to assist companies to adopt low carbon technologies and to help them finance that.

"Those are two options and there may be others on the horizon as well."

Shaw said tomato growers were not alone in their predicament.

"What they're saying is true of many different industries where there is a status quo which relies on fossil fuels, and in order to avoid those charges they will need to switch to a low-carbon alternative, and in most industries those alternatives are available.

"The job the government has is to work with those industries to say, 'Well ok, what's it going to take for you to switch and how can we support that'."

"The sole reason why New Zealand's greenhouse gas emissions have continued to rise over the last 30 years is because we didn't have an effective carbon price in place, and that's what we've been doing largely in this term of Parliament - fixing the ETS so it does the job it was intended to do."

Barnes said the industry had looked at alternatives including biomass (woodchips), but there was too much uncertainty around the supply.

It also presented logistical challenges through the huge amount needed by each grower, which meant hauling huge volumes by truck, to the farms.

"That has its own issues around transport, emissions and storage," she said.

Mundy said his business had little success with woodchips, because to get the same amount of heat as coal produced meant having someone stoking the fire all night.

"Several growers we know were looking at switching to cleaner burning waste oil, but until there's a reliable supply it's not worth investing in new burner technology."

Mundy said while it was cleaner burning than coal, oil was still a "dirty, mucky thing".

"The couple of people we've talked to who do burn it, they've have endless issues with the burners just clogging up.

"If you get oil that's refined enough that's fine but if there's crap in it, it just ends up blocking up your boilers."

Barnes said it was a reality that some faced not continuing at all.

"Some are looking at that - with the recent (carbon) price rises in recent days. That's certainly what they've been telling me."

Taxation stupidity. If you follow the carbon credit payments after they are paid by kiwi businesses, it becomes a black hole. I would love to see who received these taxes.

"The sole reason why New Zealand's greenhouse gas emissions have continued to rise over the last 30 years is because we didn't have an effective carbon price in place", what a lot of bollocks, it seems to me that it all comes down to money.