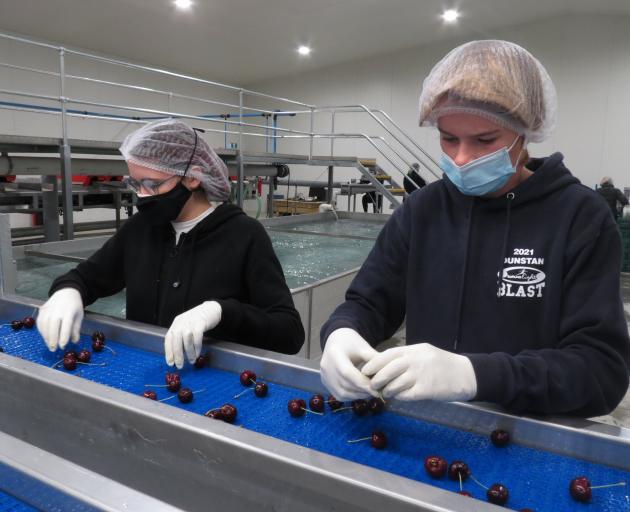 A year after heavy and persistent rain destroyed millions of dollars of Central Otago cherries, growers are thankful for this month’s sun, but are facing another sort of problem.

Last year, heavy rain began on New Year’s Day and continued for 36 hours, causing the Fraser River to breach its banks and localised flooding, and making cherries split in what were expected to be bumper crops.

3 Kings Cherries manager Tim Paulin said rain early in the season last month had caused some splitting in the Sweetheart cherries, but fine weather since meant the fruit was now in good condition.

The company started operations last month in a large new packhouse on the hill above the Clyde bypass, and staff were busy last week packing fruit for another grower.

Mr Paulin said the business was building up the new operation slowly, and seeking more staff to help.

It is not the only orchard struggling with staff shortages.

"We have just enough staff but are always looking for more."

That sentiment was echoed by longtime grower Harry Roberts, of Earnscleugh, who said the staff he had were fantastic, but there was a labour shortage in the area.

"Fruit doesn’t wait for anyone," he said.

Mr Roberts, who grows a variety of stonefruit, also had some splitting on his early season cherries and a little wind damage on other fruit.