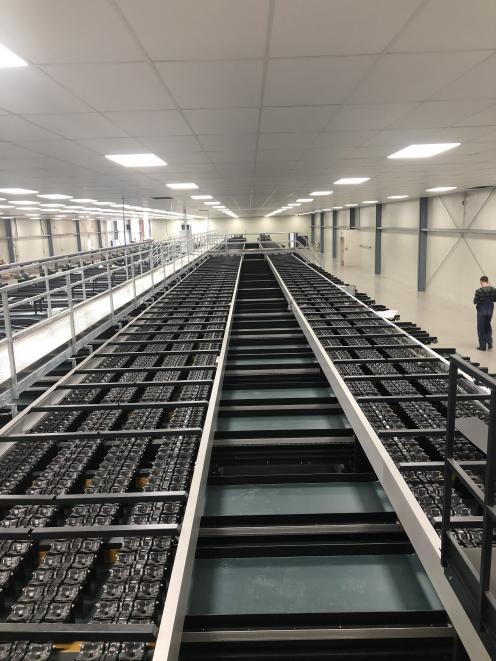 The upgrade was the third stage of a four-stage development: the first was an upgrade of staff amenities, followed by an extension to the shed and canopy to enable the next stage - the upgrade of plant, equipment and infrastructure - to run smoothly.

The latest development included installation of a 14-lane Greefa Geosort sorting solution which was able to produce about 2500 cartons an hour - an increase in production of about 60%.

"This is about working smarter really," she said.

Staff who were previously grading would be moved into other roles in the packhouse so there would be no job losses.

Ms van der Voort said it was a significant development, with both capacity and automation being worked on.

New plantings meant they had to look at capacity, and it was a much bigger development than was originally thought four or five years ago. But it was going to future-proof it.

A potential increase of 50% production within about five years meant the equipment was needed to deal with it.

Not all parts of the operation were automated, including packing; it was only a three-month operation. If they were running eight-10 months, they would look at that, she said.

They had looked at where there was value for automation and where they would keep on using people.

The business was founded by Con van deer Voort who immigrated from Holland and arrived in Otago with little English and no possessions but a background in market gardening.