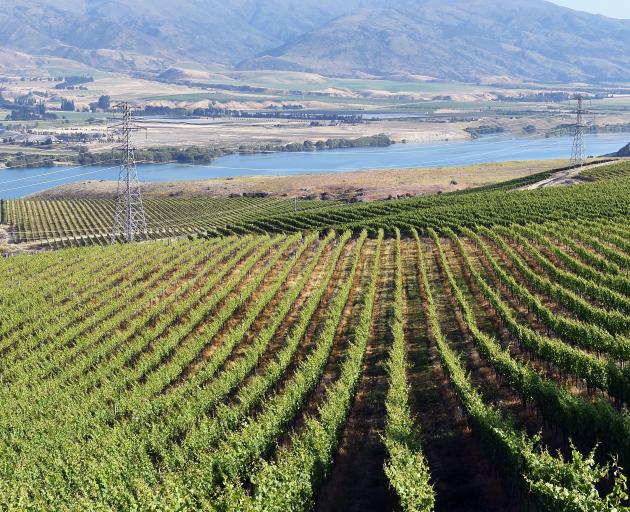 Misha’s Vineyard above Lake Dunstan, off State Highway 8B. PHOTO: STEPHEN JAQUIERY
Local vineyards want people back wining and dining as the industry continues to ride out challenges caused by the Covid-19 pandemic. 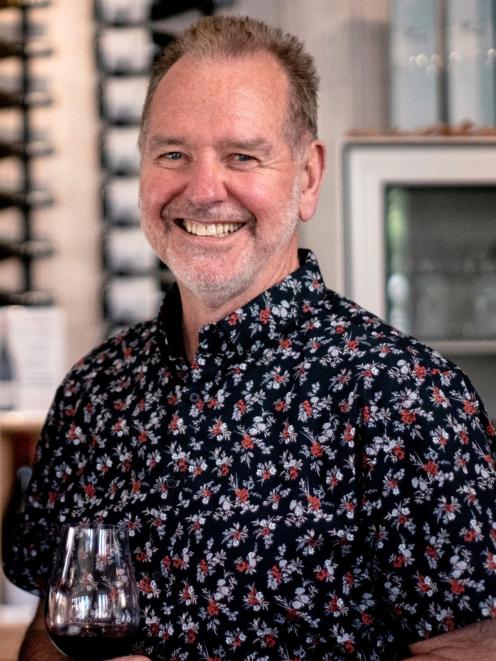 Misha’s Vineyard owner Andy Wilkinson, of Cromwell, holds a glass of red wine in a tasting room. PHOTO: SUPPLIED
Freight delays at ports, seasonal labour shortages, no overseas tourists and a drop in sales are just some of the challenges it is facing.

One enterprise that is no stranger to them is Misha’s Vineyard at Bendigo.

In normal times, the 57ha vineyard would export to about 15 markets overseas as well as selling throughout New Zealand.

It also has a tasting room in Cromwell but about 75% of its visitors had been from overseas and it was now having to rely on local visitors only.

The biggest effect the pandemic continued to have on Misha’s Vineyard was a significant drop in sales, its owner Andy Wilkinson said.

He is on the board of the Central Otago Winegrowers Association and was chairman until the annual meeting a few weeks ago.

The business mainly focused on the on-premises market — restaurants, hotels and resorts — and Auckland’s prolonged lockdown had been the biggest hit to that.

"The current situation is the most frustrating. A lot businesses up there are simply unable to trade and that is going to take a lot of recovery. I think there will be a big fallout because of it," Mr Wilkinson said.

As the on-premises export market "virtually stopped" worldwide, Misha’s Vineyard had shifted its focus to selling through online retail channels.

The lack of seasonal labour was also having a big effect on not only Misha’s Vineyard, but also all winegrowers in Central Otago, he said.

There had been much good work done by the industry to attract New Zealanders to the vineyards, but as the borders were closed it was still a struggle.

"We have had enough people to get the majority of the work done but it is probably not complete," Mr Wilkinson said.

Freight delays were also causing havoc at Misha’s Vineyard and every export shipment that had gone out in the past 12 months had been affected.

The vineyard had shipments sitting in a warehouse for weeks at a time waiting for containers to arrive.

Also, exports were being further delayed as those containers then had to wait for ships to arrive, he said.

"That is a common theme right throughout the industry."

"None of those things have happened yet."

In October last year, it was expected that by the middle of this year conditions would be getting back to normal.

There were frustrations throughout the sector that New Zealand was seen as a world leader last year, but now it appeared to be lagging behind having lower vaccination rates and high numbers of Covid-19 cases.

"I don’t think we have been clear with a road map forward out of Delta ... and if there was one, we might have been feeling a lot better about things," Mr Wilkinson said.

Despite the present effects, Misha’s Vineyard was hoping that 2022 would bring some relief, particularly as the resort markets reopened.

"We are going to keep trading, we want restaurants and hotels to open back up, we want people to get on a plane and travel, and as those things come back our business model will recover.

"We have a more positive outlook for the next six to 12 months," Mr Wilkinson said.